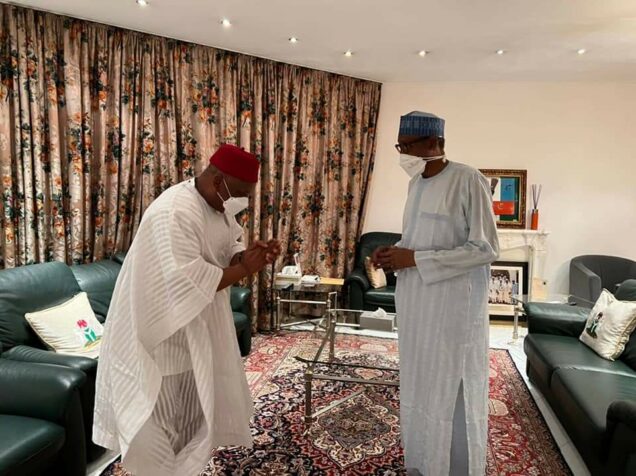 Sen. Orji Kalu, the Chief Whip of the Senate on Saturday hailed President Muhammadu Buhari’s timely intervention in resolving the intraparty differences ahead of the APC national convention.

Kalu stated this in a statement personally signed by him and made available to newsmen in Abuja on Saturday.

The Senate chief whip who lauded President Buhari for his impartial conduct said he played a pivotal leadership role in restoring peace aimed at ensuring a peaceful and successful national convention.

“I want to sincerely commend President Muhammadu Buhari for his quick and timely intervention in resolving the crises that rocked our great party.

“His intervention by inviting the various caucuses, stakeholders, and leaders has brought in calm and unassuming peace which has rescued our party from disharmony,” he said.

He also expressed optimism of a successful convention; stressing that no stone should be left unturned in bringing succor to Nigerians through the APC.

“Members of the party should demonstrate the spirit of love, peace, and harmony as demonstrated by the president by embracing unity to help our party succeed in 2023 general elections.

“APC is one family and the president has done exceptionally well by meeting with the relevant stakeholders to resolve some of the crisis rocking the party.”

Kalu however appealed to the President to help the party resolve the pocket of the crisis rocking some state chapters like Kano, Oyo, Osun, Akwa Ibom, Abia, Zamfara, Sokoto, Kebbi, Kwara, among others.