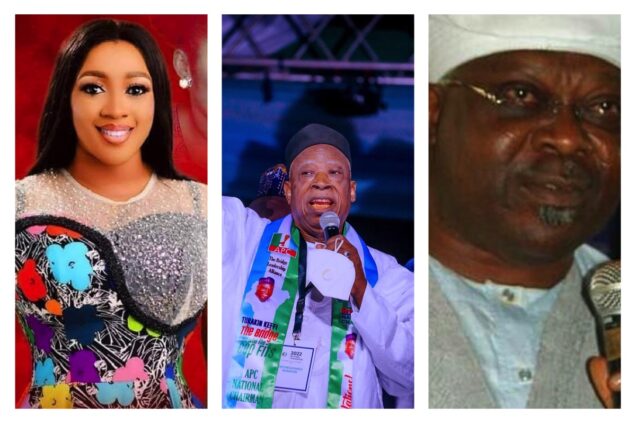 Abdullahi Adamu who became the national chairman of the APC was one of the founding members of the Peoples Democratic Party.

He contested for the position of the Executive Governor of Nasarawa State on the PDP platform and won twice – In 1999 and 2003.

He was the PDP candidate for the Nasarawa West Senatorial seat in the April 2011 elections and was elected with 121,414 votes.

Iyiola Omisore who became the national secretary of the party was also a PDP member.

He was elected (by consensus) at the 2022 national convention of the party alongside 76 others.

However, with the victory of some former PDP members at the convention, some foundation APC members were out in the cold.

Mary Ekpere, former director-general of the National Centre for Women Development (NCWD) who was in the CPC that merged with APC, was reportedly persuaded to withdraw from the race for national women leader.

However, Betta Edu, Cross River commissioner for health who defected to the ruling party in 2021, was declared the winner of the position.

Below is a full list of former PDP members now holding key roles in APC;