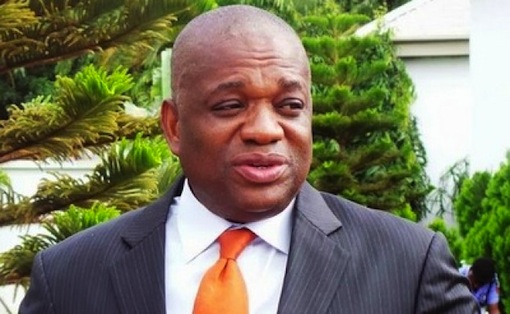 Sen. Orji Uzor Kalu, the Chief Whip of the Senate, has congratulated the new National Working Committee (NWC) members of the All Progressives Congress (APC).

In a statement issued on Sunday, he urged all members of the new team to work toward unity and harmony. This, he said, would help the party succeed in the 2023 general elections.

The All Progressives Congress (APC) held its national convention at Eagle Square in Abuja on Saturday.

Meanwhile, he urged them to swing into action by uniting party members ahead of the general elections.

“I want to charge the new National Chairman to urgently commence the process of getting all members united and committed ahead of the 2023 general elections.

“Also, I want to congratulate President Muhammadu Buhari, newly elected members of the NWC, and other members of the party for the success recorded at the national convention.

“To Nigerians, I am appealing to continue to entrust the affairs of the country to the APC. APC is a party for all Nigerians. APC is committed to the growth, unity and development of Nigeria,” the former Abia governor said.