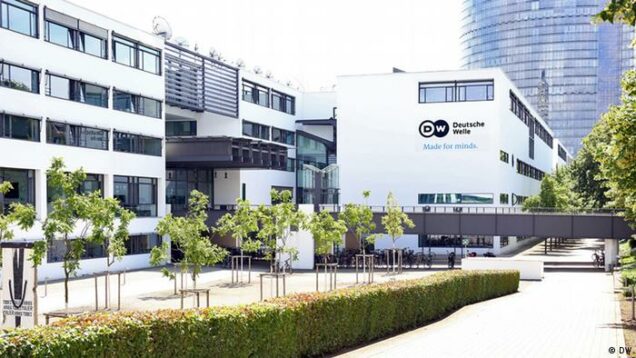 German international broadcaster Deutsche Welle (DW), has confirmed it has been banned by the ruling Taliban in Afghanistan.

DW has joined the list of foreign media outlets blacked out by the ruling Taliban, such as the BBC and Voice of America.

“The increasing restrictions on freedom of the press and freedom of expression in Afghanistan are very worrying,” said Limbourg.

“The fact that the Taliban are now criminalising the distribution of DW programmes by our media partners, is hindering positive developments in Afghanistan.

“Free media is essential for this and we will do everything we can to continue to provide the people of Afghanistan with independent information via the internet and social media,” he said.

Samangani said that because of visual foreign media broadcast from abroad, Taliban media reviewers had no access to check their content, such as the reporter’s attire.

According to the spokesperson, in addition, the foreign media occasionally broadcast content that contradicts their religious values, Afghan culture and the national interest.

Therefore, it decided to ban the programmes of foreign TV stations.

The foreign media had complained that women were forced to wear hijab if they appeared on television, and local broadcasters must use the term “the Islamic Emirate of Afghanistan” when referring to the ruling party.

It also said the Taliban had suppressed local media for covering protests by women’s rights activists, as well as reporting about security incidents.

State-owned DW had previously produced a science magazine for two Afghan televisions, as well as a political talk show called “Aashti” (Reconciliation) on another TV channel in local languages. (dpa/NAN)