APC Convention: Why I stepped down for Adamu - Mustapha 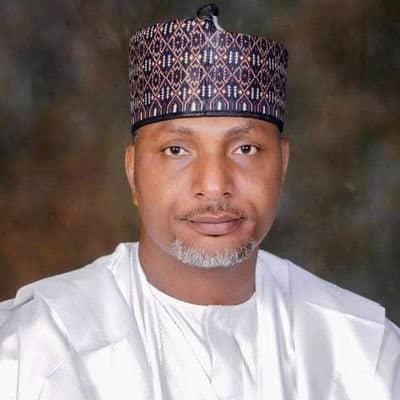 Mallam Saliu Mustapha, one of the Chairmanship aspirants of All Progressives Congress (APC) at the just concluded National Convention, has explained why he withdrew from the contest in support of the consensus candidate, Sen. Abdullahi Adamu.

In a statement issued by his media aide, Mr Dapo Okubanjo on Tuesday in Abuja, the Senator said he withdrew in deference to President Muhammadu Buhari’s preference for Adamu who was eventually affirmed the National Chairman of APC at the Convention.

He said, “Since our party held its long-awaited national convention on March 26, I and my team have been inundated with calls from political associates and friends, and even the media, on what they viewed as an unexpected turn of events that saw me stepping down on the convention day.

“Indeed many would have wanted me to take the battle to the convention ground because that was our goal, but we had to pull back in deference to our great leader President Muhammadu Buhari.

“My decision to concede was never an easy one, but I pride myself as a core party man who does not joke with loyalty and party supremacy,” he said.

Meanwhile, he congratulated the new party leadership and urged it to hit the ground running.

“The new executives should complete the reconciliation process which was started by Sen. Abdullahi Adamu, the party’s new national chairman,” he said.

Mustapha who was the Deputy National Chairman of the defunct Congress for Progressives Change (CPC), added that this was critical because of the 2023 general elections in just a few months.

He commended members of his campaign team for their commitment and zeal.

“To my political associates, friends, members of my campaign organisation and other volunteers in support groups across the country who all worked tirelessly on the project, I urge you all to keep the faith.

“And I also won’t forget to appreciate the good people of Kwara for their unquantifiable support despite everything.

“We may have lost a battle but we did not lose the war, we brought colour and brilliant ideas to the race, and indeed our party members and the leadership took notice.

“We hope to meet with the new party executives led by Sen. Abdullahi Adamu to share our thoughts on the way forward with them,’’ he said.