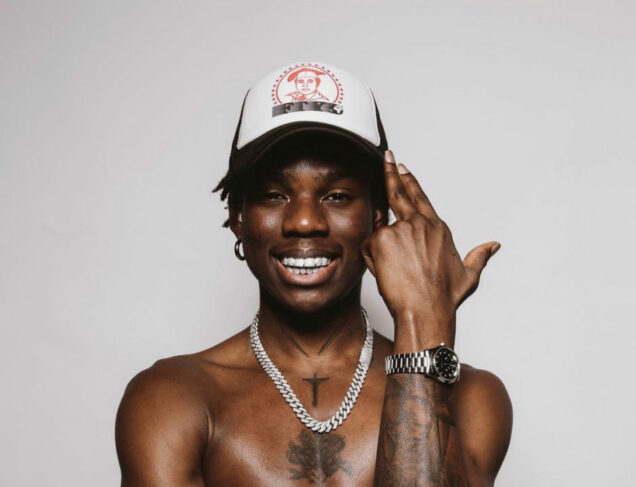 Rema’s debut album Rave & Roses is worth the wait since the ending of 2021 when the anticipation began.

The superstar has secured a firm threshold as one of the core creators amongst the new generations, releasing three EP in the formative years of his career, and undoubtedly could be regarded as one of the most influential forces in his generation.

Amongst the likes of Fireboy DML, Joeboy, Zlatan Ibile, Victor AD, and Lyta, Rema is part of the leading men round about this circle of creators, his former contenders at the 13th Headies Next rated category.

In 2019, when he was announced the winner of the category, he pronounced himself the future on the brimming stage of the 13th Headies at Eko Convention Centre In Victoria Island, Lagos.

Rema’s musical moves have been prevalent to this point. While he has leaped from one hit record to another, his career run has eventually got stock in the idea of fandom, fun, and peaking pleasure with women. This idea is a cut that Rave & Roses is carved from, it unfolds his vulnerabilities alongside his likes, it is the experiences he chose to deliver to us.

“Hold Me”, is a love song and the influence of 6lack’s input can’t be underrated, it was perfect. There was chemistry meanwhile, Rema stories the love his woman shares with him promising he’d bring her to his mother. Indeed it was practical.

“Time N Affection” compliments its theme as Rema creates a love ballad that requests his woman should come and receive his time and affection including all his savings and pension, in quote, because he is in love. Chris Brown’s input is worth carrying a great measure of pop Influence.

“Addicted”, is a standout record on this album. “Are You There?”, is another standout track, a feel-good dancehall record with the rhythms unscrolling Rema’s thoughts about his music and how listeners could perceive it.

And to those criticizing his art as being on a focal point where women, lust, and sex is frequently talked about, Rema cleared the air singing that he can’t focus on using his music to talk about the negative in his country and it is why he has to be positive, he isn’t an activist either, he has the free will to use his music however he wants to and it’s the truth.

Rema asked if you are there in the grooves that continued. Meanwhile, the music was golden. “Runaway” is another special song in which Rema sings his affection and love in a way that should define his experience as one that understands true love and affection, not only about sex and fandom.

“Jo” is a groove such as “Are You There?”, although not as serious but it’s an attempt to make you roll on the dance floor. The mid-tempo “Mara” is another love song that becomes an instrument he used to describe his woman and more. Aj Tracey is new to Afrobeat culture. However, Rema affirms unapologetic that he is taking the culture to the world. While the British singer-songwriter Aj Tracey is newly being introduced to Afro music, his delivery was worthy enough to elevate the culture to fresh demography in the UK.

“Oroma Baby” is the story about the woman he met along the line who seems to have ruined him with her love and then, he promises to grab her and not let go. He becomes a hunter to her. While the Spanish Yseult’s effort on “Wine” was good as well. The chemistry was a beautiful experience. “Calm Down” could be regarded as one of the best songs of the album alongside “Addicted” and “Are You There?”, they are this writer’s favorites.

“Soundgasm” as usual is an experience in Rema’s creativity, the record portrays sexuality and fandom, even as the title of the song is a picture of a sound that has reached a climax state due to a sexual peak perhaps from Rema’s vocal range which takes the sound to that level. Other songs were good.

While the album is something colorful which means that it was so diverse naturally, in between Rema is focused on taking the culture to the faces of many listeners as well as expanding his creative range as a pop star.

Imagine an act that took feminine focal on an album and expressed it differently, it is genius and magical.