Ronaldo heads to Qatar for 5th World Cup with Portugal 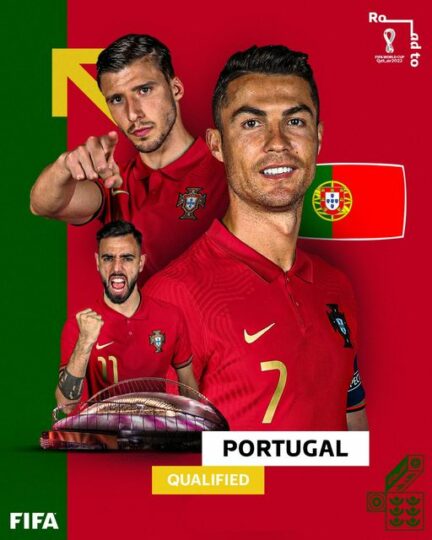 Cristiano Ronaldo, the all-time top scorer in men’s international soccer will get to play in his fifth World Cup in Qatar in November.

This was after Portugal defeated North Macedonia 2-0 in the European qualifying playoffs on Tuesday.

This time there was no stunning late winner for North Macedonia to eliminate the traditional powerhouse like against European champions Italy last Thursday in Palermo.

Bruno Fernandes opened the scoring for the hosts after a pass by Ronaldo in the first half and added another goal in the second to secure Portugal’s place in the World Cup for the sixth straight time.

“This is a special victory,” Fernandes said. “We reached our goal, which was what mattered.

“Portugal has played better matches, but this one will stay in our memories because it gave us a place in the World Cup.”

There will be no first finals appearance for North Macedonia, which was coming off its first participation in a major tournament at the 2020 European Championship.