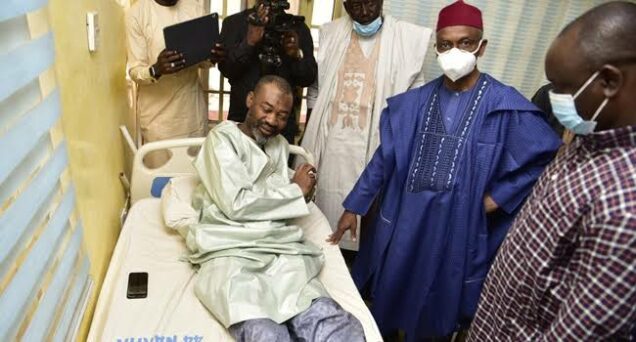 The Zamfara chapter of the All Progressives Congress (APC) has commiserated with the former deputy governor of the state, Malam Ibrahim Wakkala.

Wakkala and many others aboard the Abuja-Kaduna passenger train were attacked by gunmen on Monday.

In a statement issued on Wednesday by the state APC Publicity Secretary, Mr Yusuf Idris, the party condemned the terror attack.

“On behalf of the entire APC family in Zamfara, Alhaji Tukur Danfulani sympathises with the victims of Monday’s unfortunate train attack by terrorists while on its way from Abuja to Kaduna.

“The chairman particularly sympathises with the APC chieftain and former deputy governor of the state, Malam Ibrahim Wakkala, who was shot in the leg by the miscreants.

“The party wishes him a quick recovery as he recuperates after undergoing surgery to remove the bullet.

“It also salutes the courage of the military for moving in on time to save the situation,” he said.

Meanwhile, he urged the military to intensify efforts at rescuing passengers suspected to have been abducted during the attack and to deal appropriately with the perpetrators.

Idris prayed to Allah to bring an end to all forms of criminality in the country.

He urged Nigerians to continue to pray for the restoration of lasting peace in the nation as well provide credible information on suspicious movements to security agents for action.