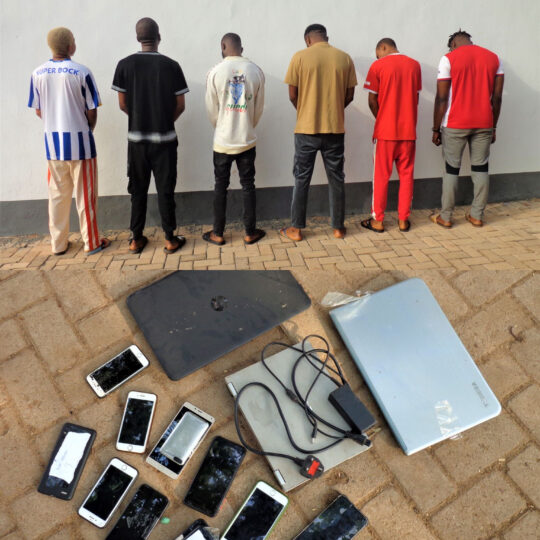 According to reports, preliminary investigations linked them with suspected impersonation, possession of fraudulent documents and defrauding unsuspecting foreign nationals.

Items recovered from the suspects include 12 mobile phones, 3 laptops and other incriminating documents.