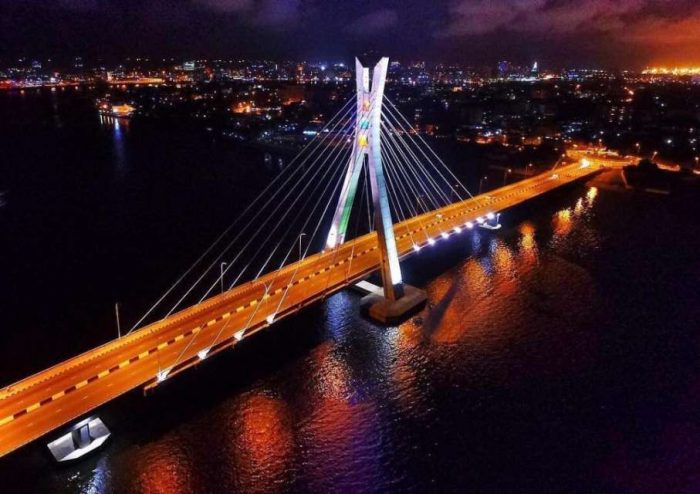 Lagos State Government has urged the people of the State, especially the residents of Lekki and Ikoyi, to show understanding ahead of the proposed reopening of the Lekki-Ikoyi Link Bridge Toll Plaza by the Lekki Concession Company Limited (LCC).

The appeal was made by Lagos State Commissioner of Information and Strategy, Mr. Gbenga Omotosho and his counterparts in Transport, Dr. Fredericks Oladehinde as well as Home Affairs, Prince Anofi Elegushi respectively during a stakeholders’ meeting held on Wednesday at The Lekki Coliseum in Lekki Phase 1, Lagos.

They assured the residents that Lagos State Government would look into all the requests and recommendations made by the stakeholders and respond appropriately.

The stakeholders meeting which was held to engage key residents on LCC’s plan to reopen the Lekki-Ikoyi Link Bridge Toll Plaza, was attended by key stakeholders which included, the President of Lekki Estates Residents and Stakeholders Association (LERSA), Olorogun James Emadoye; human rights activists, the media and several other residents of Lekki, among others.

Responding to the key stakeholders who expressed their views about the LCC decision to reopen the Lekki-Ikoyi Link Bridge Toll Plaza in April, Omotoso commended the speakers and implored them to show some understanding with the Lagos State Government.

He said: “We are here to seek your understanding as a government about the matter at hand. We are also citizens of Nigeria. We are all Lagosians. I have listened to all of you talking about our rights, privileges and how government should be responsible for everything. I also feel that as citizens, we should have some responsibilities.

“Lagos is a city of about 25 million people and out of the 25 million people there are about six million taxpayers and among six million taxpayers, only 4.2 million are active taxpayers. So, let us reflect on all these things. I know how people feel and I understand what has been said but I believe that the matter at hand is about seeking your understanding. It is a matter of showing some compassion for people who have one thing or another to do with this company.”

Dr. Oladehinde who also appealed to the people not to be shortsighted said the decision of the government is not to punish people but to create an enabling environment for more jobs through private sector participation.

Also speaking, the Commissioner for Home Affairs, Prince Anofi Elegushi, said the purpose of the stakeholders’ meeting was to engage key stakeholders on the matter of reopening the Lekki-Ikoyi Link Bridge Toll Plaza.

He appealed for cooperation from the people, saying “we must all work together.”

In his address, the Managing Director/CEO of Lekki Concession Company Limited (LCC), Mr. Yomi Omomuwasan, said the resumption of operations was necessary for the company not to default on its payment of local and international loans as well as to cater for the welfare of its workers.

Speaking earlier some of the speakers expressed their views about the plan to reopen the toll plaza, pleading to the State Government to halt the process for now.

The residents based their plea on the harsh economic situation in the country, saying that the tolling would aggravate the situation. In his response, Omotoso appealed to the residents to consider the number of Lagosians, whose sources of livelihood also depend on the Tollgate.

Meanwhile the Lekki Concession Company has stated that tolling will kick off officially on the 1st of April but motorists will be given a two-week free access at the toll plaza. According to Omomuwasan, payments for access will start on the 14th of April, 2022.