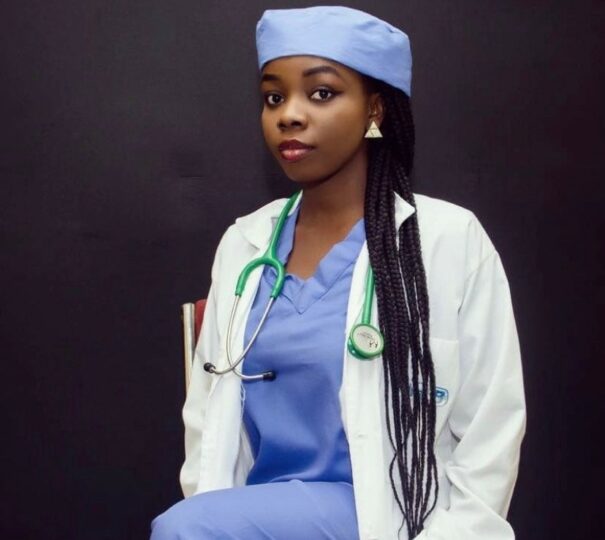 The Nigerian Medical Association (NMA), has mourned Dr Megafu Chinelo, a University of Port Harcourt (UNIPORT) trained Dental Surgeon, who was shot and killed during a terrorist attack on the Abuja-Kaduna train on Monday.

NMA President, Prof. (Dr) Innocent A O Ujah, in a statement on Tuesday, described her death as horrific and preventable while decrying the worsening state of insecurity in the country.

She was en route Kaduna from Abuja when the attack occurred.

“I’m in the train, I have been shot. Please pray for me,” was her last tweet, hours before she was confirmed dead.

The statement partly reads, “The President of the Nigerian Medical Association, Prof (Dr) Innocent A.O Ujah, FNMA, and indeed all Medical and Dental Practitioners under the auspices of NMA are deeply saddened by the tragic, horrific and preventable death of one of our members, Dr Chinelo Megafu Nwando, who is reported to have lost her life from injuries sustained from gunshots when the train she travelled in from Abuja to Kaduna was attacked by suspected bandits.

“As an Association, we vehemently decry the worsening insecurity in the country which has made all of us and Nigerians as a whole vulnerable to violent attacks by hoodlums, bandits, kidnappers and terrorists who are currently having a field day causing us deep sorrows and severe pains.

“The untimely death of the young, promising Dr Chinelo who served at the Kaduna State Dental Centre and worked with St Gerrard’s Hospital, Kakuri, while striving to earn a honest living is one other death too many. The Association notes that needless bloodletting and senseless loss of lives is fast becoming a recurrent decimal in our country, thus worsening the alarming effects of brain drain, which in many instances have been attributable to the worsening security situation in the country.

“The Association hereby calls on the security agencies to urgently reorganise the security architecture in the country with focus on intelligence gathering in order to avoid these carnages across the country.

“The Association also recommends that the Federal Government gives strong consideration to the establishment of state police to further complement the efforts of the Nigeria Police Force.

“The recruitment of more security personnel and the provision of modern security gadgets and ammunition for them can’t be overemphasised.

“Lastly, the Association prays God to grant the families of Dr Chinelo and all other victims of the very unfortunate incidence, the fortitude to bear the irreparable loss”.