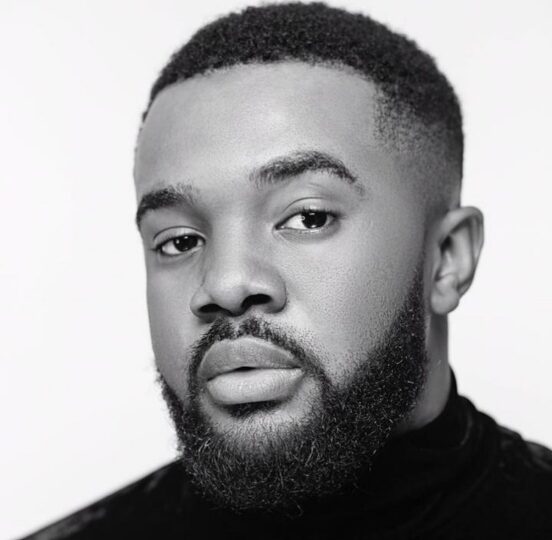 Nollywood actor Williams Uchemba is somewhat glad Nigeria lost out on participating in the 2022 World Cup holding in Qatar later in the year.

The actor who is clearly unhappy with the situation of events in the country, took to social media to vent his anger.

In a post he shared on his Instastory, Uchemba stressed that the defeat may have been a good thing as it would help Nigerians focus their attention on the pressing issues in the country.

He lamented that almost one thousand Nigerian citizens cannot be accounted for, and sadly, it is almost becoming a norm.

The actor while reacting to the Abuja-Kaduna train attack slammed some state governors who were yet to react to the terror attack and the loss of lives from the unfortunate incident.

The father of one said the silence of some of the leaders could be because of their preparations for the 2023 election.

He wrote: “Maybe it’s good we lost so we can channel our anger on the pressing issues in the country. Almost 1000 Nigerian citizens cannot be accounted for and some people are acting like it’s a normal thing.

If it takes losing a match to get upset and know that we are in a hell hole so be it. Some heads of state are yet to make a statement on the issue. I guess they are busy planning for 2023.” 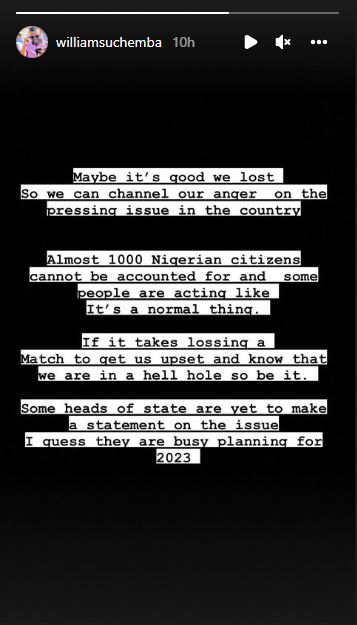 The Super Eagles had lost to the Black Stars of Ghana, which saw the former lose a place to play in the 2022 World Cup in Qatar.