14 years after: Court sentences four to death in Rivers 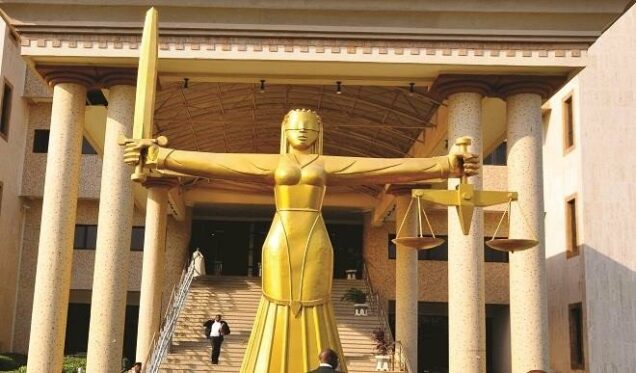 A High Court in Port Harcourt has sentenced four persons to death by hanging for killing the late Mrs Esther Edomobi, at her residence in ” Cocaine Estate”, in Obio Akpor local government area of Rivers State on 24 May, 2008.

The four accused, Zakariah Dauda, Inah-Inah Edet, Sunday Pius and Isaac Marcus had been standing trial since 2008 on three counts charges of conspiracy, armed robbery and murder of late Edomobi who was the boss of the 1st accused Zachariah Dauda, employed as a security guard in her residence.

The trial Judge, Justice Weli Chechey, found the four defendants guilty as charged and carting away her property and cash worth millions of pounds.

After 14 years of trial, the Presiding Judge, Justice Chechey said that the evidence presented before the Court showed that the defendants killed late Edomobi in a gruesome manner, by hitting her hard severally on the face to ensure that there was life left in her.

Justice Chechey held that the prosecution proved its case beyond reasonable doubt by the judicious discharge of its onus Operandi, and thereby convicted the four accused to death by hanging.

Principal State Counsel from the Rivers State Ministry of Justice, Nathaniel Ukotije-Mbaba, described the verdict as a sound judgement and that despite the 14 years of the prolonged trial, Justice was delayed but not denied the dead who was dastardly murdered out of greed and wickedness.

Nemi Erama and Comfort Amadi who are Counsel representing the 1st 2nd and 4th defendants stated their clients would appeal the judgement, which is within their inalienable rights.

However, the husband of the late Esther Edomobi, Mr. Boniface Edomobi thanked the court for the judgement.

He lamented the harrowing experiences he and members of his immediate family had been through in the quest for justice for his late wife in the past 14 years.