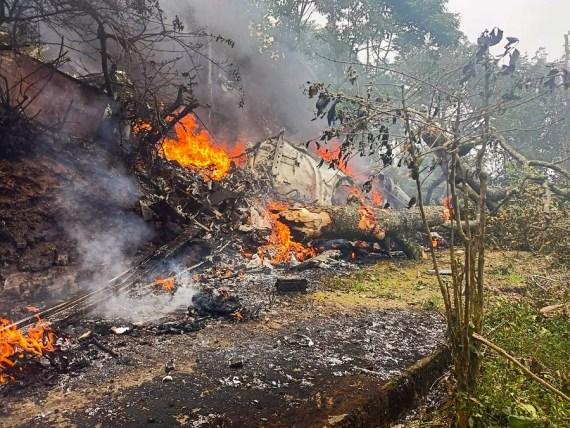 Bodies of eight peacekeepers have been recovered from the site of the helicopter crash in the Democratic Republic of Congo (DRC).

Eight peacekeepers who were on board a Puma helicopter crashed and died on Tuesday whilst on a reconnaissance flight.

“The bodies of our colleagues were recovered yesterday during an initial search and rescue operation, that was launched by the peacekeeping operations.

“The helicopter was being operated by the Pakistani contingent, and also carried two military officers, one from the Russian Federation and the other from the Republic of Serbia,’’ he said.

According to him, an investigation is underway by the UN and the Mission (MONUSCO) will establish and send a team that will work in cooperation with the Congolese Government.

“The Mission is also continuing to carry out reconnaissance in the area around Rutshuru to monitor the activities of armed groups and to do whatever it can to protect civilians.

“Efforts to support the Congolese army through information sharing, logistics and first aid for soldiers injured during the fighting continues.’

“The secretary-general is deeply concerned by the resurgence of M23 activities in the border area between the DRC close to Rwanda and Uganda, as well as the ongoing impact of violence involving armed groups on civilians.

“We, of course, send our condolences to all the families of our fallen colleagues, as well as to their friends and all our friends in the peacekeeping mission in the Congo,’’ Dujarric quoted Guterres as saying.

In addition, he said the secretary-general reiterated the UN’s commitment to supporting the Congolese Government and people in their efforts to bring peace and stability to the eastern part of the country.