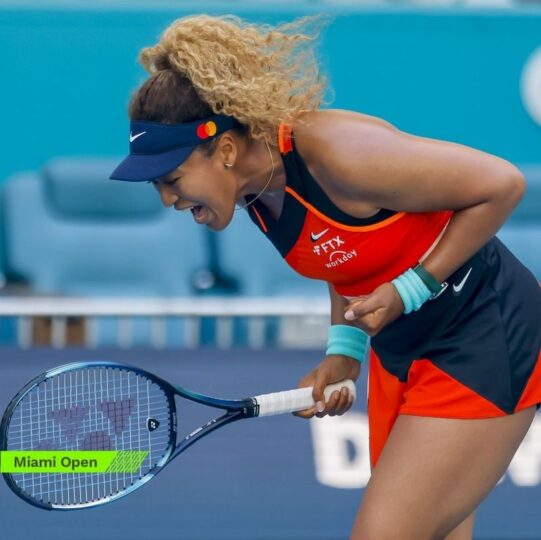 Unseeded Naomi Osaka defeated No. 22 Belinda Bencic 4-6, 6-3, 6-4 on Thursday in the Miami Open semifinals, rallying from a set down.

She’s in a championship match for the first time since the 2021 Australian Open, and will meet either No. 16 Jessica Pegula or No. 2 Iga Swiatek on Saturday.

Maybe not even almost. She hid her face in an orange towel a few times right after the match ended, at least one tear clearly making its way down her right cheek.

Osaka entered this tournament ranked No. 77 in the world, will leave Miami no worse than 36th and would be back in the top 30 if she wins the title.

It has been a long, trying and often emotional ride for Osaka since her win in the 2018 U.S. Open final over Serena Williams.

She was rattled during a loss at Indian Wells on March 12 following a derogatory shout from a spectator, withdrew from last year’s French Open to address her mental state and left last year’s U.S. Open in tears.

But in South Florida, one of the places she considers home, it’s been all support from the fans.

“From the bottom of my heart, thank you,” Osaka told them in her on-court interview.

Pegula and Swiatek — who will replace the now-retired Ashleigh Barty as the No. 1-ranked women’s player in the world next week — were meeting in the other women’s semifinal on Thursday night.