UNFPA report: Nearly half of all pregnancies are unintended 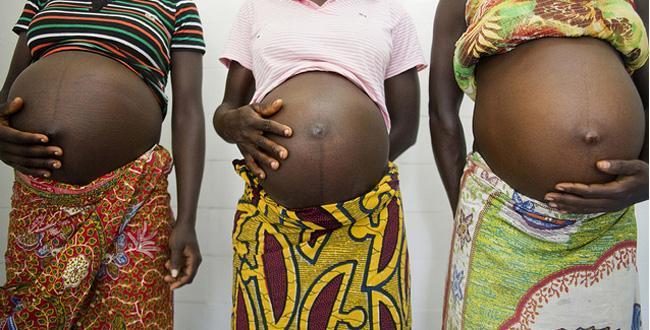 UNFPA report: Nearly half of all pregnancies are unintended

The UN Population Fund (UNFPA), said nearly half of all pregnancies in the world, totaling 121 million each year, are unintended, according to the State of World Population 2022 report.

The report, an annual flagship publication released by UNFPA on Tuesday, also stated that for the women and girls affected, the most life-altering reproductive choice – whether or not to become pregnant – is no choice at all.

The groundbreaking report, “Seeing the Unseen: The case for action in the neglected crisis of unintended pregnancy”, warns that this human rights crisis has profound consequences for societies, women and girls and global health.

According to the report, more than 60 percent of unintended pregnancies end in abortion and an estimated 45 percent of all abortions are unsafe, causing five to 13 percent of all maternal deaths.

The report also states that this is having a major impact on the world’s ability to reach the Sustainable Development Goals (SDGs).

“For the women affected, the most life-altering reproductive choice – whether or not to become pregnant – is no choice at all.

“By putting the power to make this most fundamental decision squarely in the hands of women and girls, societies can ensure that motherhood is an aspiration and not an inevitability.”

According to the key findings, gender inequality and stalled development drive high rates of unintended pregnancies.

It stated that globally, an estimated 257 million women who wanted to avoid pregnancy were not using safe and modern methods of contraception, and where data is available, nearly a quarter of all women were not able to say no to sex.

“A range of other key factors also contribute to unintended pregnancies, including lack of sexual and reproductive health care and information and contraceptive options that don’t suit women’s bodies or circumstances

“Also, harmful norms and stigma surrounding women controlling their own fertility and bodies, sexual violence and reproductive coercion, and Judgmental attitudes or shaming in health services, among others.

“All of these factors reflect the pressure societies place on women and girls to become mothers.

“An unintended pregnancy is not necessarily a personal failure and may be due to the lack of autonomy society allows or the value placed on women’s lives,” the report stated.

The report also warns that the war in Ukraine and other conflicts and crises around the world are expected to drive an increase in unintended pregnancies, as access to contraception is disrupted and sexual violence increases.

It stated that when a crisis hits, unintended pregnancies climb.

“Crisis and conflict rob women of their agency at all levels, drastically increasing the risk of unintended pregnancy at the moment it is most threatening.

“Women often lose access to contraceptives and sexual violence increases, with some studies showing that over 20 percent of refugee women and girls will face sexual violence.

“In Afghanistan, war and disruptions to health systems are expected to lead to an estimated 4.8 million unintended pregnancies by 2025, which will jeopardize the country’s overall stability, peace, and recovery.”

The report shows how easily the most fundamental rights of women and girls are pushed to the backburner in times of peace and in the midst of war.

It calls on decision-makers and health systems to prioritize the prevention of unintended pregnancies by improving the accessibility, acceptability, quality and variety of contraception and greatly expanding the quality of sexual and reproductive health care and information.

It urges policymakers, community leaders, and all individuals to empower women and girls to make affirmative decisions about sex, contraception and motherhood, and to foster societies that recognise the full worth of women and girls.

It stated that if such was done, women and girls would be able to contribute fully to society, and have the tools, information and power to make this fundamental choice – to have children, or not – for themselves.