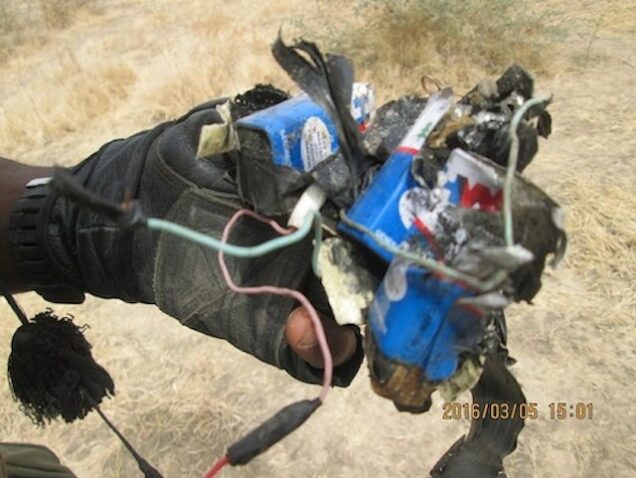 An Improvised explosive device or a bomb

The Police Command in Kaduna State said it has defused an Improvised Explosive Device (IED) or bomb in Rigasa, Igabi Local Government Area.

The Command’s Public Relations Officer, ASP Mohammed Jalige confirmed the incident in a statement on Thursday night in Kaduna.

Jalige said the IED was planted in the area by yet to be identified people.

“However, it was sighted by residents of the area at about 07:50 hours, who promptly reported to the police.

“In swift response, the Command’s Explosive Ordinance Department (EOD) swung into action and successful defused the IED, without loss of lives or property,” he said.

The spokesman said the Acting Commissioner of Police, DCP Maiyaki Baba thanked the residents of the area for their vigilance and prompt report of the incident, and assured the readiness of the Command to prioritise safety of the people.

He urged the people to report suspicious movements and persons in their communities, assuring that such information would be treated confidentially.

He added that normalcy has been restored to the area and residents resumed their normal businesses without hindrance.