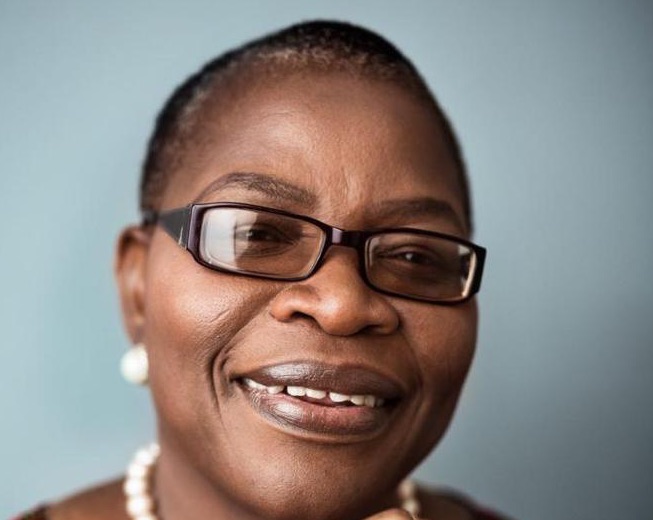 The #FixPolitics team has congratulated its leader, Dr Obiageli Ezekwesili, on her award from the Ford Family Notre Dame Award for International Development and Solidarity.

Ezekwesili bagged the award recently, according to a statement by the #FixPolitics Spokesperson, Mr Ozioma Ubabukoh.

The statement reads, “#FixPolitics rejoices with her founder and Chairperson, Dr Obiageli Ezekwesili, on the joyful occasion of her receiving the prestigious Ford Family Notre Dame Award for International Development and Solidarity. A well-deserved award.”

Bestowed by the Kellogg Institute’s Ford Program in Human Development Studies and Solidarity, the award recognises individuals or organisations that stand in solidarity with those in deepest need.

It also honours those that contributed substantially to human development through research, practice, public service or philanthropy.

Ezekwesili was a keynote speaker at this year’s Dignity and Development Conference powered by Notre Dame University’s Keough School of Global Affairs, where she spoke on ‘One Complex Crisis: Towards a Just and Sustainable Future.’

She is known for her contributions to due process and transparency in government operations, and in challenging extremism, corruption and gender-based violence, #FixPolitics noted.

A social advocate, Ezekwesili is a senior economic adviser for the Africa Economic Development Policy Initiative, as well as a senior fellow at the Jackson Institute for Global Affairs, Yale University.

She is one of the co-founders and pioneer directors of Transparency International, the Berlin-based global anti-corruption organisation, as well as the founder and Chief Executive Officer of Human Capital Africa, working in the education sector across the continent.

She co-founded the #BringBackOurGirls campaign in response to the Chibok schoolgirls’ kidnap by Boko Haram in Nigeria in April 2014.

A Richard von Weizsäcker Fellow at the Robert Bosch Academy in Berlin between 2019 and 2020, Ezekwesili founded #FixPolitics, an initiative that birthed the School of Politics, Policy, and Governance, which seeks to create a new “disruptive thinking political class” by educating current and future leaders dedicated to the common good.

She served Nigeria as minister of solid minerals as well as education between 2000 and 2007, and was vice president of the World Bank – Africa Region in Washington, D.C., between 2007 and 2012.

Also, Ezekwesili worked as the director of the Harvard-Nigeria Economic Strategy Project with the Center for International Development at the Kennedy School of Government, Harvard University.

Recognised by Time magazine as one of the ‘100 Most Influential People’ in the world, the amazon was listed by the New York Times as one of the ‘25 Women of Impact’ in 2015.

She is one of 100 visionaries featured by the Albert Einstein Foundation in the 3D-printed book, Genius: 100 Visions of the Future, and the Peace Research Institute, Oslo, listed her as one of potential candidates for the 2018 Nobel Peace Prize.