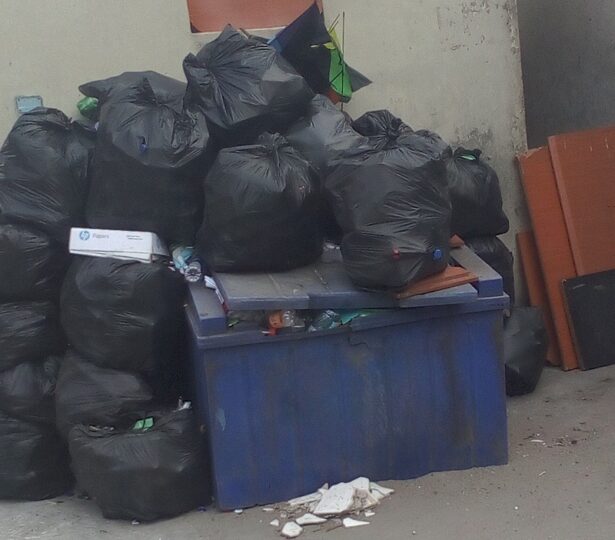 Litigants and visitors to the Tinubu Magistrate’s Court, Lagos Island have appealed to Gov. Babajide Sanwo-Olu of Lagos State to see to the urgent evacuation of refuse from the court premises.

They appealed to the listening governor to direct the Lagos State Waste Management Authority (LAWMA) to evacuate the heaps of refuse building up at the court premises in order to avoid the outbreak of epidemics at the Court and its environs.

Some of those who spoke with PM News said that the presence of refuse at the court premises is not only an eyesore but a big dent on the image of the Lagos State Government.

They said seeing the refuse is not painting the government in a good light knowing that it is spending billions of Naira monthly to clear refuse in the state to ensure residents live in a hygienic environment.

Sources at the Court informed PM NEWS that the refuse built up as LAWMA officials failed to clear it for the past two weeks.

The source said that Court officials had been calling the LAWMA to come and clear the refuse for a week now, but they failed to show up.

According to Ambrose Odigie, a litigant, “The Lagos State Government is spending billions of Naira monthly on the evacuation of refuse in the State, which make it one of the neatest states in Nigeria, but those in charge of clearing the refuse are the ones dragging the image of the Government in the mud by not doing their job.

“We are now appealing to Governor Sanwo-Olu to direct the LAWMA to appoint dedicated people to be clearing the refuse at Tinubu Magistrate Court, hosting more than 3,000 people daily to avoid the outbreak of disease at the Court,” Odigie appealed.

The refuse waste was yet to be evacuated when PM NEWS visited the Court on Thursday morning.