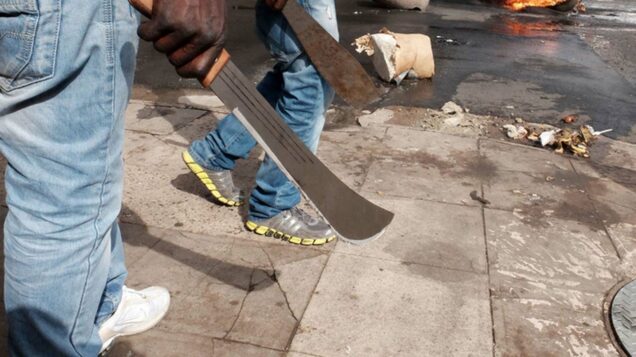 The Ogun State House of Assembly has passed a resolution urging the State Governor, Prince Dapo Abiodun to constitute a special task force on Anti-Land Grabbing and Anti-cultism and other Related Offences.

Concerned by the rising spate of cult-related killings in some parts of Ogun State in the last few days, the State House of Assembly urged the governor to as a matter of urgency constitute the special task force across the three Senatorial Districts as provided in line with the State Anti-Land grabbing Law, 2016.

The passage of the resolution followed a motion moved by the Majority Leader Sheriff Yusuf, seconded by a member representing Ijebu North I State Constituency, Sylvester Abiodun and supported by other lawmakers at a plenary presided over by Speaker Olakunle Oluomo at the Assembly Complex, Oke-Mosan, Abeokuta.

The resolution was prompted by the presentation of a member representing Abeokuta South 2 State Constituency, Ademuyiwa Adeyemi, who reported cases of rivalry cult clashes in some parts of the State.

Adeyemi said the clashes resulted in killings and apprehension by residents of communities in the State and led to the hurried closure of their business premises and shops.

On his part, a member representing Ifo 2, Ganiyu Oyedeji also presented a case of illegal enforcement of court judgment on land matters affecting over 50 communities as aided by some security personnel including policemen and soldiers at Olorunsogo and Sunren communities in Ifo; which was against the provision of the existing Anti-Land grabbing Law in the State.

The duo had sought the immediate intervention of the House at intervening to protect the law-abiding people of the State as well as requesting means of curbing the reoccurrence of the dastardly acts like cultism, land grabbing and kidnapping amongst others across the State.

Responding, Speaker Oluomo stated that it was high time all stakeholders concerned with the prosecution of criminals evoked relevant sections of the Law.

He called for charging those arrested in connection with cult clashes and land grabbing matters accordingly, while cautioning the security agents to avoid unlawfully reduction of charges against suspected criminals in the process of prosecution.

He further called on the higher echelons of the Nigeria Police Force and Nigeria Army to call their men and operatives to order by ensuring compliance with the ‘Sheriff and Civil process law’ and avoid being used to aid unlawful enforcement of land judgments obtained from any courts of law.

According to Oluomo while quoting sections 6(2), and 14 (2) of the Law, stated that “Any person who enforces or uses agents for the enforcement of any judgment in respect of a landed property except as provided under the Sheriff and Civil Process Law is guilty of an offence and liable to a fine of Five Million Naira or imprisonment of ten years or both such fine and imprisonment.

The Power to enforce this part of the Law may be vested in the Joint Task Force, to be constituted by the Governor, comprising of the representatives of the Bureau of Lands and Survey, Ministry of Urban and Physical Planning and any other relevant Law Enforcement Arm of Government.

Any security or Law enforcement personnel used to unlawfully violate the provision of this Law shall on conviction be liable to two years imprisonment or fine of two hundred and fifty thousand naira or both.”