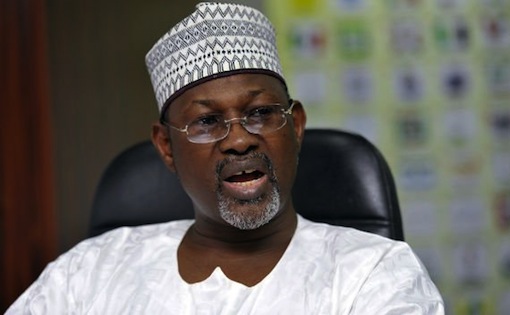 Professor Attahiru Jega, has condemned Nigerian government, from the Buhari presidency to the state and local council levels.

He said they are visionless and have long abandoned governance.

He made the comment at the National Convention of the People’s Redemption Party (PRP) which was held in Abuja on Saturday.

Jega, a professor of political science and former chairman of the Independent National Electoral Commission, is a member and leader of the party.

“Our government at the at the state, local and federal level have long abandoned governance,” he said.

“Nigeria politics has been captured and dominated, and in fact it’s even being destroyed by people who are self serving, who are not patriotic, who are visionless in terms of how this country can develop.

“It is very important that we all as members of this progressive party dedicate our efforts to ensuring that the electoral process brings out good people in elected positions in our country.

“That is the only way that we can stop the brigandage, the recklessness and the destruction of our country by people who are self serving and only thinking of themselves, and are not thinking about our children or grandchildren or the future of our country,” Jega said.

“So I urge us to go back and realise that the work of ahead of us is a lot; it may even seem difficult, but it is not impossible to do it.”

Congratulating the newly elected NEC members of the party, Jega urged them to go back to their respective wards, local governments and states to mobilise members for the party.

“Let us go back and enlighten, let us recruit members into our party and let us fill the good candidates so that we can really begin to change the trajectory of governance from bad to good as we move towards the 2023 elections.

“I call upon the newly elected executive at the national level to continue to do the good work that they have already been doing but to also ensure that they are inclusive, that they open opportunities for greater participation by all members into the affairs of our party.

“A long time ago, our mentor, our father, the late Malam Aminu Kano, said that the PRP is the party of the future, and the future begins now.

“So, we must begin to dictate our efforts and the energies into building that future for our children, for our grandchildren and in fact for many of us who are young, it’s possible to have a good future.

The party is hoping to increase its membership base to 30,000 in each of the 36 states of the federation and the FCT.

At Saturday’s Convention, the party swore in new national executives.

The PRP prides itself as the oldest political party in Nigeria, having being initially registered in 1978.

According to the party’s National Chairman, Falalu Bello, the PRP is in merger talks with other political groups.

However, it does not plan to change its name or logo.