At 70 Oshiomhole beats them all on dance floor (Video, photos) 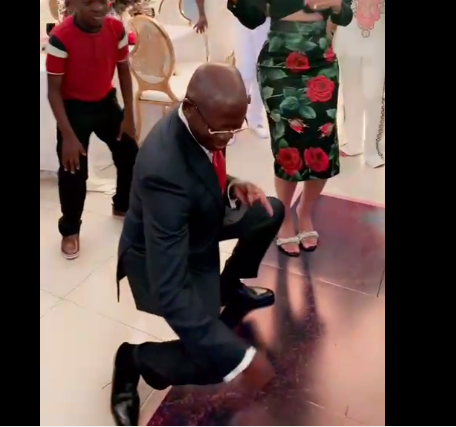 Adams on the dance floor

Former National Chairman of the APC, Adams Oshiomhole has shown that he can still compete effectively with the younger generation with his powerful and energetic dancing skills on display on his 70th birthday.

Decked in a suit and extremely elated, Oshiomhole took to the dance floor to show all that he could still dance wonderfully as if he is still a youth.

Even his younger wife could not match his skills in dancing.

The celebrant, born on 4 April, 1952, is a Nigerian politician and the former National Chairman of the All Progressive Congress. He had previously served as the President of Nigeria Labour Congress from 1999 to 2007 and the executive governor of Edo State, Nigeria from 2008 to 2016.