ICYMI: Bobrisky, James Brown at risk of going to prison 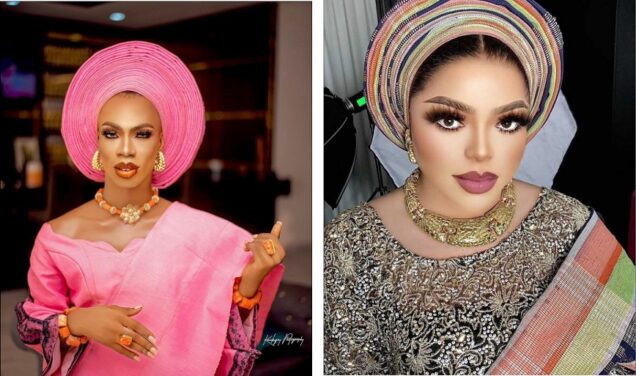 Crossdressers such as Okuneye Olanrewaju, who is popularly known as Bobrisky and James Brown may soon go to jail if the House of Representatives passed a bill against it.

A bill to prohibit cross-dressing with an amendment to the Same-Sex (Prohibition) Act, has been introduced on the floor.

The bill which was read for the first time on Tuesday, April 5, seeks to outlaw cross-dressing, with the exception of individuals who do it for amusement.

The bill sponsored by Muda Umar (APC, Bauchi), seeks to amend sections 4 and 5 of the principal act.

The 2013 Same-Sex Prohibition bill was signed into law in January 2014 by former President Goodluck Jonathan.

This was despite opposition from the international community, particularly the United States and the United Kingdom.

The then U.S. Secretary of State, John Kerry, had said the law “dangerously restricts freedom of assembly, association, and expression for all Nigerians.”

The proposed bill exempts the use of cross-dressing for stage acts and other means of entertainment.

Clause two of the bill seeks to alter section 4 by inserting a new subsection 3.

(2) A person shall be deemed to have committed the offence publicly where it is published or displayed publicly notwithstanding that it was committed privately or in a place that would have ordinarily been described as private.

“Provided that this section of this Act shall not apply to cross-dressing in the course of a stage play or any bonafide public entertainment,”

The bill is also proposing an amendment to section 5 by introducing clause 4 on punishment for engaging in cross-dressing.

“A person engaging in cross-dressing is guilty of an offence and liable to imprisonment of 6months or a fine of five hundred thousand naira.

The bill still has several stages to cross to become a law.