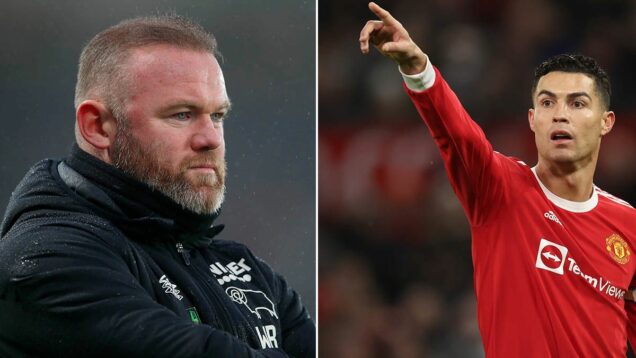 Wayne Rooney has responded to Cristiano Ronaldo’s social media post accusing him of jealousy after questioning his importance to Manchester United.

It ensured the forward was back at United after 11 years away from Old Trafford and has been the club’s top scorer this campaign with 18 strikes in 32 outings across all competitions.

Ronaldo has produced some breathtaking heroics, especially in the Champions League group stage – where he bagged six goals in five appearances – yet he is now aged 37 and is inevitably going to endure a physical decline.

While Rooney acknowledged the “important goals” Ronaldo has contributed this season, he insisted United would be better off relying on “young, hungry players” going forward.

Rooney, who appeared on Sky Sports’ Monday Night Football, suggested Pogba should move on and concurred with fellow pundit Jamie Carragher that the return of Ronaldo had disappointed.

“You’d have to say no, at the minute,” he said when asked had Ronaldo’s transfer worked.

Rooney later posted a photo on Instagram of him on the program, and Ronaldo appeared to hit back as he commented “Two Jealous” to the Derby County manager.

But United legend Rooney, who played with Ronaldo during his first stint in Manchester, has responded to the backlash by praising his former colleague as he suggested the former Real Madrid man is idolised by most professionals.

“I saw that this morning,” he said on Thursday when asked about Ronaldo’s reply. “I’d say there’s probably not a footballer on the planet who isn’t jealous of Cristiano.

“The career he’s had, the trophies he’s won, the money he’s earned… his six pack! Every player bar Lionel Messi is jealous of Cristiano.”

Ronaldo will aim to prove his doubters wrong when United heads to lowly Everton in the Premier League on Saturday.