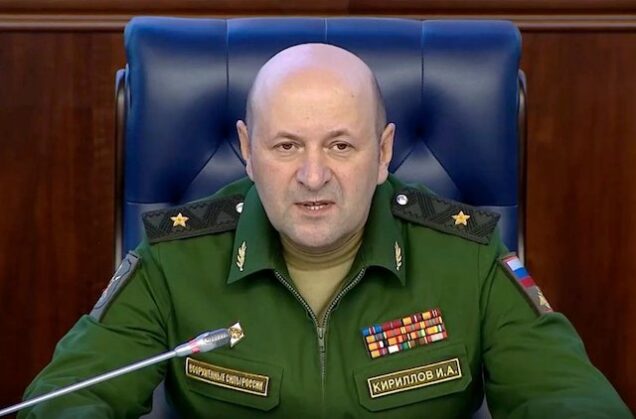 Russia has accused the United States of consistently taking advantage of the gaps in international law as it builds up its military biological weapon potential in various regions of the world.

Igor Kirillov, Chief of Radiation, Chemical and Biological Defence Forces of the Russian Armed Forces stated this on Thursday.

He said Washington is creating biological laboratories in different countries and connecting them to a unified system.

In territories bordering Russia and China alone, there have been about 60 facilities modernised since 2005 with funding from the U.S. military, he said at a meeting.

Kirillov noted that the United States has spent more than five billion U.S. dollars on military biological programmes since 2005.

These biological facilities, he said, are carrying out work in three areas, monitoring the biological situation in proposed areas for the deployment of military contingents of the North Atlantic Treaty Organisation.

“It is collecting and delivering strains of dangerous microorganisms to the United States and studying potential agents of biological weapons.

“Agents specific to a given region, having natural foci and capable of being transmitted to humans are also being studied, he added.