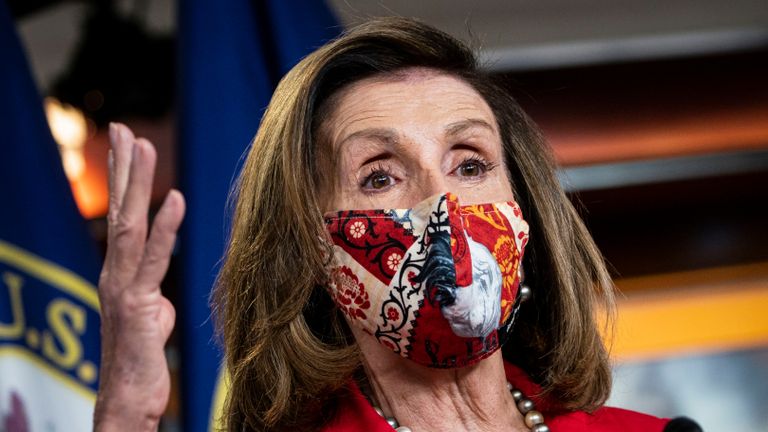 U.S. House of Representatives Speaker Nancy Pelosi, who is 82 years old, is the latest official to contract has COVID-19.

But she is currently asymptomatic, her spokesman said on Thursday, after more than half a dozen other federal officials tested positive in recent days.

The Democratic leader tested positive after a negative test result earlier in the week, spokesman Drew Hammill said in a statement.

“The speaker is fully vaccinated and boosted, and is thankful for the robust protection the vaccine has provided,” Hammill said.

Hammill said Pelosi will quarantine, according to federal health guidelines.

“The president is not considered a close contact of Speaker Pelosi as defined by the CDC.

The president saw Speaker Pelosi at White House events and had brief interactions over the course of the last two days,” it said in a statement.

Harris’ communications director had tested positive for COVID-19 on Wednesday.

The U.S. Centers for Disease Control and Prevention (CDC) considers close contact for COVID-19 exposure to be within six feet (1.83 m) of an infected person for a total of 15 minutes or more within a 24-hour period.

Pelosi, 82, stood near Biden briefly during a ceremony to sign a postal reform bill on Wednesday.

She also attended a White House event on Tuesday with Biden and former President Barack Obama.

A congressional delegation trip to Asia Pelosi had planned to lead has been postponed, Hammill said.

Pelosi is second in line to become president, behind Harris.