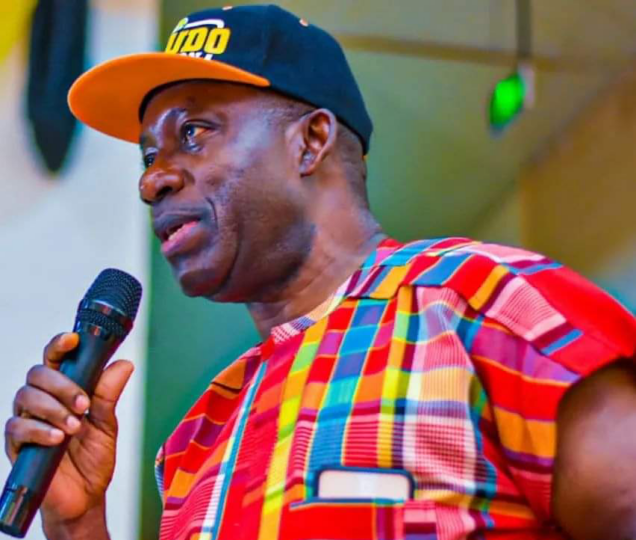 Anambra governor, Charles Soludo has revealed that criminals dislodged from their operation camp in Aguluezechukwu and Ogborji communities of the state were behind the burning of Aguata Local Government Area Secretariat on Thursday.

He said military operations around the borders of Aguluezechukwu and Ogborji communities in the Aguata council had led to the dislodging of the arsonists who had operated for about two years.

The governor said that the act was carried out by fleeing criminals who had been sacked from their operational camp by joint operations of Nigerian Security forces.

According to Soludo, early Thursday combined forces got to camp between Agulezechukwu and Ogborji, where the criminals had operated unhindered for over two years.

“From the items recovered from them, they are common criminals, there is a register of those kidnapped, how much they paid, balance remaining, date of kidnap and how, shrines, arms and food items”.

“They were smoked out, the camp destroyed and as they were fleeing cowardly, they decided to set the Local Government Secretariat ablaze but thank God the police came on time and smoked them out.

He said that information from those arrested revealed that they were not from Anambra while worrisome exhibits were discovered from them.

“From the statistics so far, 85 per cent of people arrested come from one of the states in the South East and the remaining 15 per cent from another state in the Southeast.

“It is really our people doing this to themselves.

The Governor described the recent attacks in the state as an “act of mindless criminality by a bunch”.

Soludo called on all genuine agitators to embrace the olive branch extended to them by coming out of the forests and dropping their guns for rehabilitation.

He warned that anybody in the bush with guns would be regarded as a criminal and treated as one.

He said there was no hiding place for criminals in Anambra as the people of the state were determined to recover their space and enthrone peace for livable, conducive and prosperous economic activities.

“We have offered an olive branch to all those who are in the bush to come out, surrender your guns and we will help to rehabilitate them to play critical roles in the development of Nigeria.

“Those who refuse to take that option and decide to continue their nefarious activities in the bushes around, we assure that they cannot cow us.

“This too shall come to pass, peace must return to Anambra and South East, anybody in the bush with a gun is a criminal and will be treated as such.

“There is no hiding place in Anambra, if you want to be in the bush to carry out criminality, you better find space elsewhere, Anambra is determined to take back their land.

“If you fail to take the olive branch, we will come after you, no amount of warning will cow, the people’s power must triumph, we are resolved to stamp out criminals in Anambra, we are irrepressible,” he said.