EU invites Ukraine to join as member in weeks 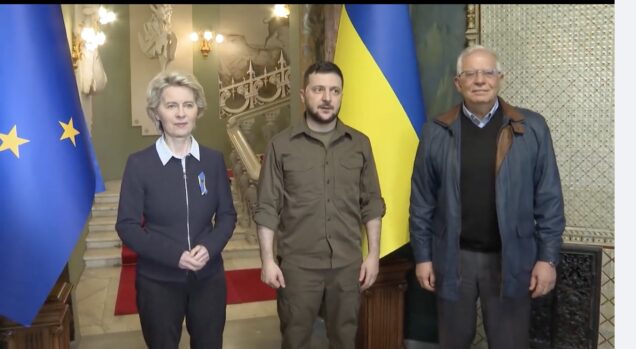 Handing Zelenskiy a questionnaire which will form a starting point for the EU to decide on membership for Kyiv, she said: “It will not as usual be a matter of years to form this opinion but I think a matter of weeks.”

Zelenskiy said he would come back with answers in a week.

She underlined the sanctions put on Russia over its invasion of Ukraine.

“Russia will descend into economic, financial and technological decay, while Ukraine is marching towards the European future, this is what I see.”