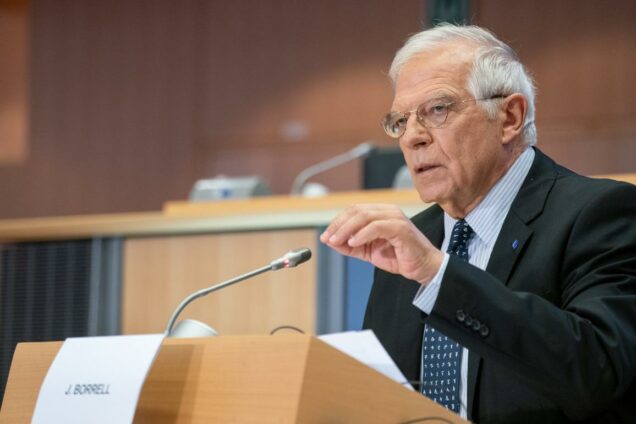 Borrell and EU Commission President Ursula von der Leyen as well as the head of the EU delegation to Ukraine, Matti Maasikos, are on board the train from Poland.

Maasikos is expected to resume his post in the Ukrainian capital with a small team.

The EU representatives were completely evacuated one day after the start of the war.

Borrell also announced that the EU would provide 7.5 million euros (8.15 million U.S. dollars) for the investigation Ukraine is conducting into possible war crimes in the Kiev suburb of Bucha and other locations.

Borrell expressed confidence that EU states would soon agree to his proposal to provide Ukraine with an additional 500 million euros to support the armed forces in their fight against the Russian army.

This would increase the funds available to 1.5 billion euros.

The visit by the top EU officials is the first since the atrocities in Bucha were exposed in recent days.

In mid-March, the prime ministers of Poland, Slovenia and the Czech Republic travelled to Kiev by train.

Representatives of the 27 EU states gave their backing late Thursday to a new package of sanctions, including an import ban on coal, wood and vodka.