Soyinka: How security operatives assisted robbers to rob me 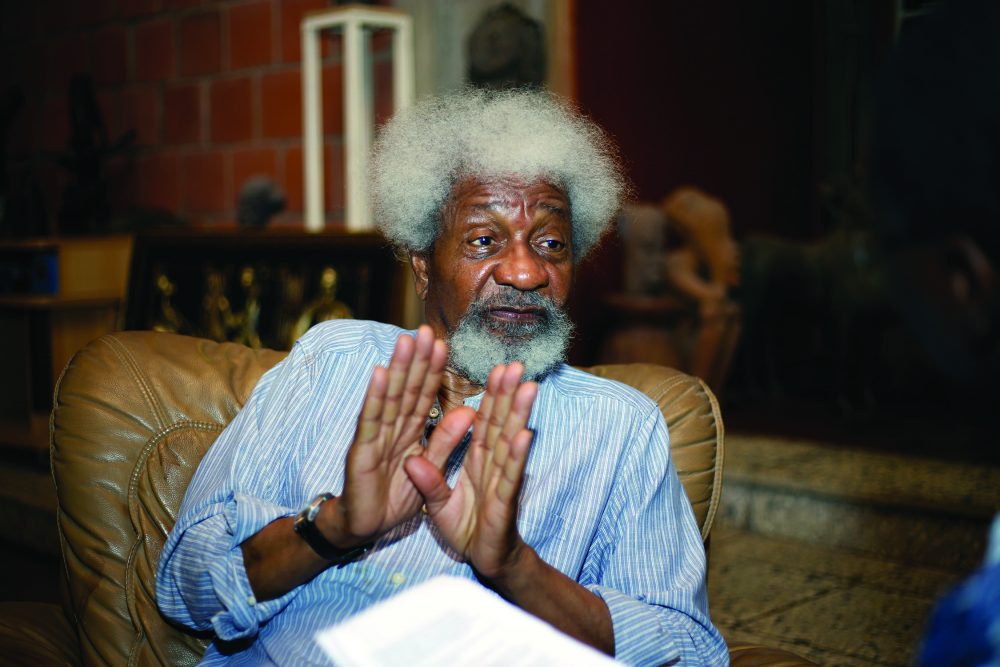 Nobel Laureate, Professor Wole Soyinka has said security agents have assisted robbers to rob him several times in his Lagos and Abeokuta residences.

He said this while speaking alongside Human Rights Lawyer Femi Falana, SAN, at a media parley tagged Forget The Future, Forfeit The Future …. Which held on Thursday, 7 April 2022 in Lagos.

Soyinka said he had been robbed several times because some people thought he had certain information, which they wanted to get, adding that in spite of informing security agents about the robberies, no arrest was made and nothing was done about them. “To some of us we knew we survived only because of certain measures, mostly of technological type that we took for our safety,” he said.

“I have been burglarized. I have been robbed, one, two, three, four attempts all together. One they were eventually successful, one half successful. One in Abeokuta. One in Lagos. This has been going on for some years.

“Some people think I have certain information because most of the time what they look for are computers, anything to do with recording. Ipads, tablets, computers. And we know that some of these were committed with security agencies assistance,” Soyinka noted.

The accomplished writer gave a detailed account of how the different robberies took place and how he invited security agents, including the DSS, yet they never did anything about them. They only took statements and left. He never heard from them again

“In the one which took place in Lagos, a camp was set up outside a rented place, a block of flats. And the police were they. They set up camps for at least two weeks, interrogating, dusting for fingerprints. Owoseni was the commissioner of police at the time. In the end nothing happened.

“The next took place in Abeokuta, this time in the middle of the night. We were at home. And obviously they knew we were at home. So I don’t think they just came to steal computers and so on. They were there for me. Because they knew. And I would tell you why. The television was on. And after prowling and trying to break in when they realized that I got up they fled. They ran away.

“I brought in the police. So they waited again. And I went to lecture in Benin They timed it. There was no question at all that there was inside help. Because they knew where to head and they knew just how to get in. The police came. In fact the governor, Amosun, came. He visited as well as the Commissioner of Police at the time. They took things away. They took statements etc. They never interrogated anyone. They never question the house staff. They just took statements. And that was the end of it.

“Then a year later, after I had been re-equipped here and there, I had the occasion to meet a DSS official. And I asked the man ‘In these days of high insecurity If you learnt that robbers attacked anyone and took away guns would you fail to interrogate those in the environment or those who have been named as suspects? Would you just leave it like that, take their statements and file them away?’ He said ‘never.’ I said this‘s what happened about a year ago. I gave them all the details. They visited. They even took photographs with me and they said, ’We’ll look into it.’ Till today I have not heard one report from anywhere. Not a sign.