Ogun man jailed for attempting to steal from Obasanjo 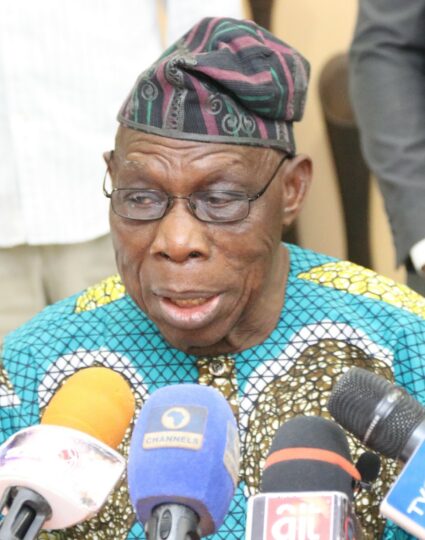 An Abeokuta Magistrates’ Court on Friday sentenced a 33-year-old man, Seun Sowemimo, to 12 months imprisonment without the option of a fine for attempting to steal from ex-President Olusegun Obasanjo.

Sowemimo whose address was not provided pleaded guilty to the two-count charge of theft and causing breach of peace.

The Magistrate, Mrs Olajumoke Somefun, said that the prosecution proved beyond reasonable doubt that the convict is guilty as charged.

Prosecuting ASP Olakunle Shonibare had earlier told the court that Sowemimo scaled the fence into the compound of ex-President Olusegun Obasanjo in Abeokuta on April 1 with intent to steal.

He explained that immediately he jumped in, he was caught by one of the security guards on duty.

The offence, he said, contravened the Criminal Code Laws of Ogun 2006.