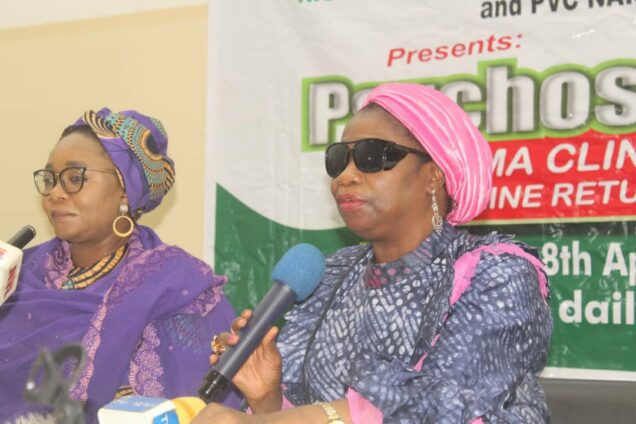 Abike-Dabiri Erewa of NIDCOM condemns detention of Nigerians in Poland

Nigeria has condemned Poland for detaining Nigerians and other African students who fled war-torn Ukraine due to their black skin.

The Chairman of Nigerians in Diaspora Commission (NiDCOM), Mrs Abike Dabiri-Erewa, who said this in Abuja, expressed displeasure over the development, saying it was wrong and traumatic.

Dabiri-Erewa was speaking at the commencement of a two-day Psychosocial Trauma Clinic for Ukraine returnees on Thursday.

The clinic was organised by the National Commission for Refugees, Migrants and Internally Displaced Persons, NiDCOM and Project Victory Call (PVC) Initiative, Naija.

Dabiri-Erewa said that some Nigerian students who fled war-torn Ukraine to neighbouring countries of Poland and Hungary were now in detention in Poland.

She said the development was unacceptable by the Federal Government.

She lauded the Nigerian President, Muhammadu Buhari, for making it possible for the stranded students to return home “imagine we are not able to bring them back home look at what is happening in Poland?

“Some Africans and Nigerians decided not to return home, now Polish authorities are now going around and capturing blacks and putting them in detention camps.

“So, those Nigerians who refused to return are at a risk, some are in detention centres in Poland and they are in a traumatic condition.

“However, inasmuch as Nigeria has given them the opportunity to come back home and they refused, it does not mean the Polish authority will grab them and put them in detention centres.

“ The Federal Government is now calling on the Poland authority to release the blacks in their custody.

It is not right for them to detain the blacks because they decided to take cover in their country (Poland).

“They are not putting whites in those detention centres, so send them back to their countries instead of capturing them in detention centres which is the height of racism in a war situation,” she said.

This would subsequently spread to the six geo-political zones for easy access.

She added that necessary tools and training for the psychosocial support to get to those in need.

She added that it was a worthy cause because mental health was key and different people react to trauma differently due to their resilience nature.

The Student Union President of Nigerian Students in Ukraine, Fehintola Moses, appreciated the Federal Government, especially the Minister of Foreign Affairs, Mr Geoffrey Onyeama, who he said personally reached out to him during the course of the repatriation.

The student leader also thanked NiDCOM Chairman and the National refugee’s commission for their efforts in ensuring that Nigerian students were safely evacuated back home.

Fehintola who narrated his experience during the Ukraine war appealed to the Federal Government for more assistance to enable them to continue with their studies when the situation calmed down.

He also appealed to Nigerians to embrace peace and to say no to war.

Dr Bolaji Akinyemi, the convener of Project Victory Call Initiative and the volunteers for the programme, said four psychologists were mobilised from Plateau and Sokoto States for the first phase of the programme.

He added that “trauma has become a part of our lives and when we are faced with the triggers we need to nip it in the bud that was the reason for the programme,’’ he said.