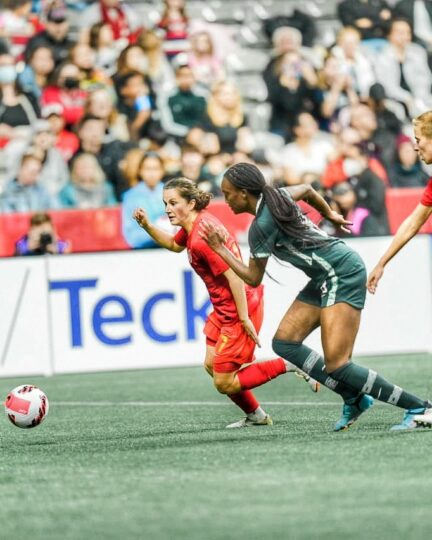 Nigeria’s Super Falcons lost 0-2 to their Canadian counterparts on Friday in the first of a two-game encounter between both sides.

Falcons did their best to keep the hosts at bay in the first half but, five minutes into the second half, Jessie Fleming broke the deadlock for the Canadians.

In the 72nd minute, Vanessa Gilles doubled the hosts’ lead with another goal to finish the game with a 2–0 victory against the nine-time African champions.

Both teams will meet again on Monday.