Joshua, Usyk rematch likely to be in UK: Eddie Hearn 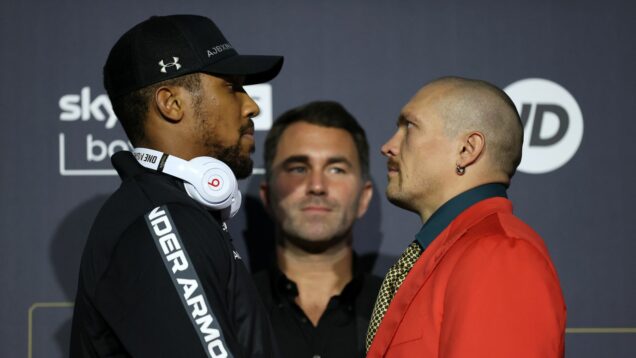 Anthony Joshua’s promoter Eddie Hearn said the UK is among the venues being considered to host the Briton’s rematch against Ukraine’s Oleksandr Usyk.

Hearn who said the fight would take place in June or July disclosed that negotiations were already ongoing.

Following Russia’s invasion of Ukraine, which Moscow calls a “special military operation”, Usyk returned to his homeland to join a territorial defence battalion, raising doubts about a rematch with Joshua.

However, Usyk said last month that he had begun preparations for the bout, with the Ukrainian’s promoter Alexander Krassyuk disclosing that Saudi Arabia was a potential venue.

“We’re in final negotiations for a couple of sites for either the end of June or early-to-mid-July,” Hearn said on Friday. “I reckon within two weeks we’ll have some news in terms of where that’s going to be.

“An option is in the UK. The difference is, we don’t really need negotiations with a venue in the UK, we just book it.”

The winner could be in line for a unification bout with WBC heavyweight champion Tyson Fury of Britain.