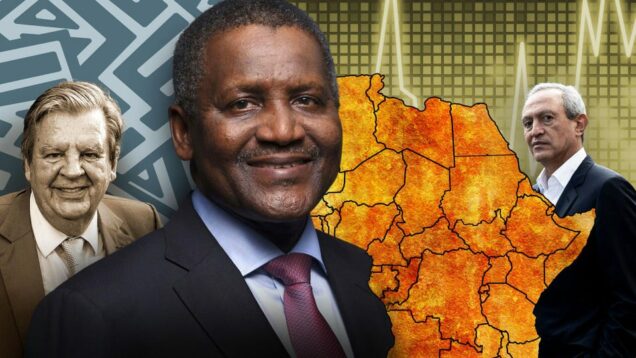 Buhari, in a statement by media adviser, Femi Adesina joins family members, friends and associates to celebrate the milestone with Africa’s richest man.

“As Alhaji Dangote turns 65, President Buhari affirms the footprints of the consummate businessman in key sectors of the economy, and the remarkable results achieved in production and supply of food items, making him a household name”, Adesina said.

“President Buhari appreciates the patriotism, simplicity and wisdom that Dangote has consistently displayed, making Nigeria and Nigerians his first priority, while setting example for many that charity truly begins from home.

“The President wishes him greater service to God, country, and humanity”, the statement added.

Governor Abubakar Sani Bello of Niger, where Dangote has a multi-billion naira agric business, has also sent his warm congratulations to the richest man in Africa.

The Governor in a statement, acknowledged the celebrant as the highest employer of labour in Africa who has made a mark in World Economic Forum and has greatly contributed to global initiatives especially in the areas of health and education.

He said Dangote’s agric business in his state would help create jobs and boost the economy.

Governor Sani Bello observed that the celebrant has remained an invaluable Nigerian who is steadfast in promoting international business which has made him the richest in the entire African continent, and 73rd in the world.

“At 65, you are healthy and active. You have continued to contribute to every definable aspect of global economy, you are indeed a major contributor of food security, a market leader in cement and the highest employer of labour in Africa who is presently building Nigeria’s first private oil refinery and the largest in Africa.

“I commend your efforts as a philanthropist and business magnate. I am not surprised you have consistently been adjudged the richest man in Africa and has been progressing in the global ranking.

“My prayers for you is to have more years in good health, wisdom and strength to continue with your good and selfless service to humanity”.