Igboho out of Benin jail thanks President Talon, reveals next plans 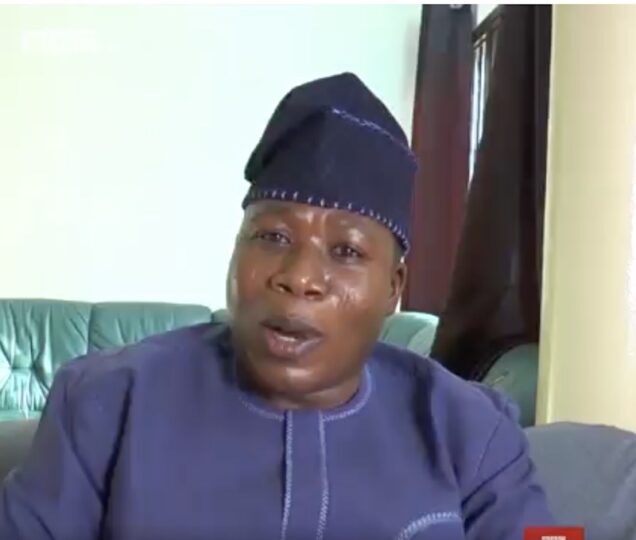 In several videos circulating over the weekend, Chief Sunday Adeyemo, a.k.a Sunday Igboho, who has been in detention in Cotonou since last July, said he is now a completely free man.

He said he is hale and hearty and indeed his appearance shows he is ebullient and radiant.

He and the leader of the Pan Yoruba group, Professor Banji Akintoye have been effusive in their praises for President Patrice Talon of Benin Republic.

Igboho in a BBC video relived his prison experience.

Contrary to rumours of a horrid time behind bars, he said he had a splendid time and was well treated.

“President Talon ensured that I was Ok in prison. He gave me full protection. He instructed doctors to be at my beck and call.

“He allowed me access to everything I needed and to my wife and visitors.

“The only thing he did not allow was my wife sleeping with me in my cell”.

He said it was a policeman who came to inform him about his full release on 7 April.

He had to procure the service of an interpreter, who told him the President of the Republic has released him.

He said contrary to some insinuations that Talon would release him to Nigeria, he said there was nothing like that.

Against his anxiety, he said he kept getting assurances from Benin officials to ‘calm down’.

“They told me at every turn to relax. That what they were doing was in my best interest as the sharks from Nigeria were circling around to pick him”.

On his next plans, Igboho who looked radiant in his purple French suit, said he would soon return to Ibadan and Nigeria.

On return, he will demand the payment from the Federal Government of N20 billion awarded to him by the court, following the destruction of his house by DSS officials.

Professor Akintoye in another video thanked President Talon. He said during the negotiation for Igboho’s release, Beninoise officials showed they were civilised.

“They were not savages”, in obvious comparison with Nigerian security officials.

“President Talon had his vision clear from Day One when Sunday was arrested. That was why Sunday was not whisked away to Nigeria.

“The people who rule Benin are civilised. They are not savages”, Akintoye said.

Igboho and his wife, Aderopo were arrested at a Benin Airport on 19 July.

He was heading to Germany and escaping from the DSS officials who had vandalised his home in Ibadan, killed two people and arrested 13 of his aides.

From his statements on Monday, he said he remains committed to the actualisation of a Yoruba nation within Nigeria.