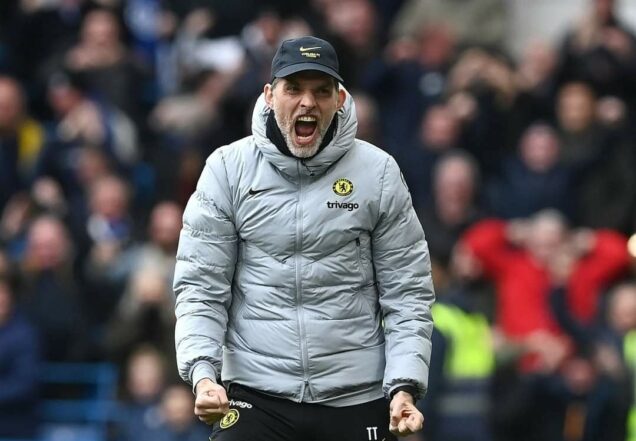 Chelsea manager Thomas Tuchel has slammed referee Szymon Marciniak for laughing with Real Madrid boss Carlo Ancelotti on Tuesday night, after his side was knocked out of the Champions League.

The Blues were knocked out of the Champions League by Los Blancos in a 5-4 defeat on aggregate, having won 3-1 after 90 minutes in the Santiago Bernabeu to set up an enthralling extra-time period.

Karim Benzema then headed home the all-important goal in the 96th minute after good work from Vinicius Junior down the left.

Chelsea had their fair share of chances to equalise late on, with Kai Havertz and Jorginho both missing golden opportunities and failing to test Thibaut Courtois from close range.

Tuchel was full of praise for his side’s brave performance at full time, however, he wasn’t so complimentary of referee Marciniak’s behaviour after leaving the pitch.

“I like Carlo Ancelotti,” the former Paris Saint-Germain boss said.

“He is a very nice man. When I went to go and shake his hand, I saw the referee smiling and laughing and with the opposition coach. This is a very bad time to do this, and I told him this.”

Blues fans certainly weren’t pleased with the overall performance of the referee, especially after VAR ruled out Marcos Alonso’s goal in the 62nd minute that would have put the Stamford Bridge outfit in front for the first time in the time.

After initially seeing his cross blocked, the Spaniard lashed a fierce strike with his unfavoured right foot into the top corner, but VAR spotted that the ball had hit his hand after coming back off of the defender initially.

Speaking after the game about the incident, Tuchel said: “I’m very disappointed for the referee that he did not check [the disallowed Alonso goal] … but that’s what you get when you play Real Madrid in the Champions League. We had a huge deficit to overcome.”

Despite the dramatic nature of the European exit, the German manager believes his side won’t have too much trouble accepting defeat.

He explained: “These are the kind of defeats we can digest and swallow because we left nothing to regret out there. We played what we wanted to play and showed the quality and character the team has”.