Death toll from landslides, floods in Philippines rises to 63 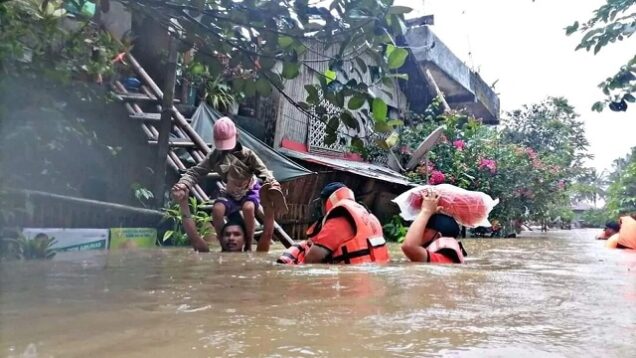 The death toll from landslides and floods caused by the first tropical storm that hit the Philippines this year has reached 63, officials said on Wednesday.

Forty-eight fatalities were recovered from the city of Baybay in Leyte province, 599 kilometres South-East of Manila, where 27 were still reported missing, the city disaster agency said.

Six people were also killed in landslides in nearby Abuyog town, while seven people drowned in floods in the provinces of Negros Oriental, Davao Oriental, Davao De Oro and Samar, the national disaster agency said.

In the central province of Cebu, two men were killed in separate landslides, police said.

More than 240 people were injured in the landslides and floods, while one more person was reported missing in Davao De Oro province, the agency and local officials said.

It has since weakened to a low but was moving slowly so the rains have not stopped, the weather bureau said.

The landslides in Baybay affected even areas considered to be safe, said Mark Timbal, a spokesman for the national disaster agency.

“The landslides went beyond the hazard-prone areas and reached a relatively safer part of the communities, where some of the residents had evacuated.

“They did not expect the landslides will reach those locations,” he said.

In Abuyog town, survivors appealed for help as they recovered from injuries from the landslides.

“We have no home to return to,” said Anacleta Canuto, a resident in the village of Pilar in Abuyog town.

“We worked hard for our house and livelihood, but they are all gone now. We need all the help we can get.”

Canuto said she and her husband were caught in the landslides and suffered injuries all over their bodies.

Her husband had a wound on his head but was now safe.

“If my husband had let go of me, I will be dead now,” she told a news television programme.

More than 60,300 residents were forced to flee their homes in areas affected by Megi, the national disaster agency said.

The storm damaged crops, livestock, houses and infrastructure worth over 52 million pesos (1.04 million dollars), it added.

The Philippine archipelago was hit by an average of 20 tropical cyclones every year.

The strongest typhoon to ever hit the Philippines was Super Typhoon Haiyan, which killed 6,300 people and displaced more than four million in November 2013. (dpa/NAN)