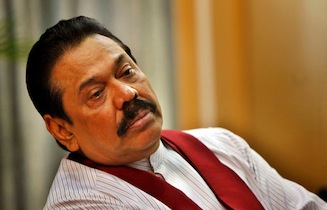 Sri Lanka’s Prime Minister Mahinda Rajapaksa has invited the organisers of protests over fuel and food shortages to talks in an attempt to defuse growing tensions.

The invitation came after a major protest was held for the fifth consecutive day outside the president’s office in Colombo.

These protesters are demanding that President Gotabaya Rajapaksa and his government, led by his brother step down due to the economic crisis that is roiling the country.

According to the spokesperson of the prime minister’s office, the protesters have not yet responded to the invitation.

Sri Lanka is suffering from a major economic crisis, a lack of foreign currency necessary to pay for imports.

Several fuel stations have been forced to shut down while gas distribution has come to a standstill due to the absence of supplies.

Hospitals are struggling with shortages of medicines.
Protests are now being held all over the nation.

More crises arose as the majority of Sinhala celebrate the traditional new year on Wednesday and Thursday, events that are hampered by the lack of fuel and gas and the soaring cost of living.

On Tuesday, Sri Lanka said it will suspend the repayment of all foreign loans and would renegotiate future payments.

A government delegation is due to hold talks with the Monetary Fund (IMF) next week to seek relief.