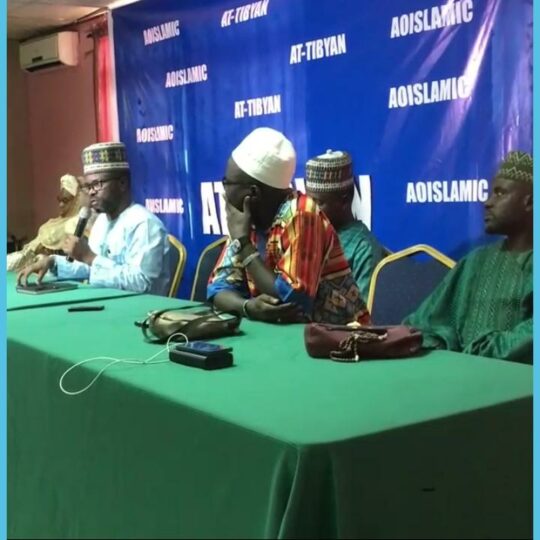 Muslim youths have been urged to take up the responsibility to reform society as the contemporary world is immersed in corruption, mischief, and other social vices.

Tijani said youths are the leaders of tomorrow and they must be guided against involving themselves in vices to be good ambassadors of Islam.

Tijani, who is the grand Chief Imam of the Ladoke Akintola University of Technology noted that failure to give children proper home and spiritual training they need at a tender age may lead to regret when they grow up to be adults.

He said that in this period where social vices are common among the youths, there is a need for parents to give children the moral upbringing and teachings they need to prepare for the future, adding that society is getting more corrupt on a daily basis.

Speaking further, he said that the only way to get out of this mess is for the parents to equip their children properly at a tender age so that they can be better citizens when they grow old.

Also, he noted that the high rate of unemployment, and lack of proper Islamic education, among others are reasons why many youths engage in social vices, thereby pleading to the Nigerian government to create jobs for graduates.

“There’s a high rate of unemployment in Nigeria, our youths are suffering. First-class graduates find it difficult to get jobs, and If we fail to equip our youths, this country will not be developed, ” the cleric added.

The cleric said the alarming trend of social vices among youths suggested that youths have not been playing their roles effectively in nation-building.

“Muslim youths are a representation of Islam. Internet fraud, known as Yahoo-Yahoo, is now a norm. More pathetic is that some mothers are also backing this abnormality. We have an Association of Yahoo-Yahoo Mothers. Betting is now widely recognized and legalized.

He, however, urged Muslim youths to pay more attention to self-awareness to stem the tide of social vices in the country, saying they have the biggest role to play in societal reformation.

In the same vein, The Chief Executive Officer, Our Friend Hospital, Dr. Abdulmujeeb Isa opined that youths must emulate the behaviors of Prophet Muhammed to live a good life.

While giving his lecture, the medical doctor tasked the youth to be hardworking, diligent, and committed to contributing positively to the growth and development of the country.

“Youths are the leaders of tomorrow, and if it so, then you must shun drug abuse, and all other social vices that inhibit the progress of the society.

“For this nation to develop, the younger generation must be committed and resilient in contributing positively to the growth of the society.

He identified self-destruction, family damage, and societal damage as challenges facing the country.

However, he tasked Muslim youth to be productive and be instruments of change.

“You cannot be an instrument of change if you cannot change yourself,” he added.

On his part, the Rector of the Foundation, Toyyib Shuaib Atata, urged organizations of young Muslims to rise up and create templates for the development of Nigeria in particular.

According to him, AOI is an independent, non-governmental, and non-for-profit humanitarian Organization, with a commitment to supporting and empowering the Muslim community.