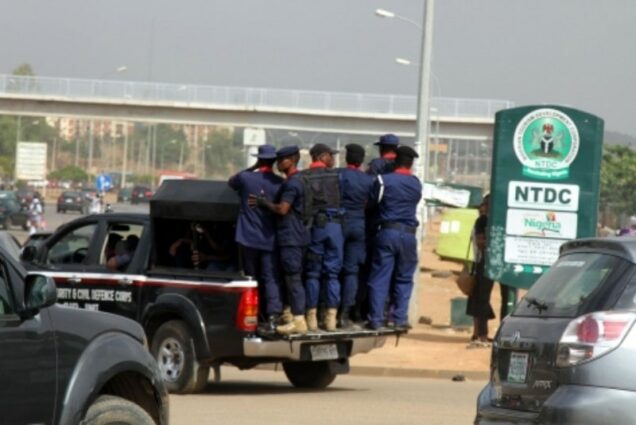 The Lagos State Command of the Nigeria Security and Civil Defence Corps (NSCDC) has deployed 2000 personnel across the state to ensure safety during the Easter celebration.

Mr. Eweka Okoro, the state Commandant of the NSCDC, made the disclosure in an interview with the News Agency of Nigeria (NAN) in Lagos on Thursday.

The Federal Government had declared April 15 and April 18 as public holidays to mark the Easter celebration.

Okoro said the personnel was deployed to all the 20 Local Governments and 37 Local Council Development Areas (LCDAs) in the state.

He said the officers were mandated to ensure maximum protection of lives and critical infrastructures during the celebration.

“The personnel had also been mandated to ensure thorough check of garages and gardens, as no black sport would be left unmonitored,” he said.

The NSCDC boss warned criminals who planned to use the festive period to attack innocent residents to have a rethink, saying that the corps would deal decisively with anybody that engaged in criminal activity.

While commending the residents for their support to the corps, Okoro urged residents not to relent in providing the command with information that would enable it to take apt and decisive actions.

He urged Christians to emulate the attributes of Jesus Christ which include sacrifice, togetherness, forgiveness, love and peace.

“I also use this opportunity to wish Lagos residents a peaceful Easter Celebration,” he said.