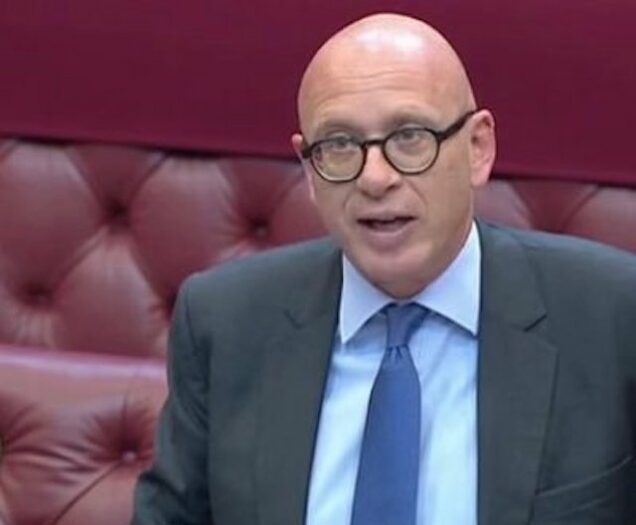 UK Conservative MP David Wolfson has quit as justice minister over the “scale, context and nature” of breaches of COVID rules in Downing Street.

However, he said he would not be writing a no-confidence letter to the chair of the 1922 Committee.

He said: “I regret that recent disclosures lead to the inevitable conclusion that there was repeated rule-breaking, and breaches of the criminal law, in Downing Street.

“I have – again, with considerable regret – come to the conclusion that the scale, context and nature of those breaches mean that it would be inconsistent with the rule of law for that conduct to pass with constitutional impunity”.

Mr Johnson replied by thanking Lord Wolfson for his service.

Lord Wolfson has been a justice minister since December 2020. He was responsible for human rights and the constitution.

It comes after Mr Johnson, his wife Carrie and Chancellor Rishi Sunak paid fines for attending a birthday party held for the prime minister in the Cabinet room in No 10 in June 2020.

Neither Mr Johnson nor Mr Sunak indicated they would resign over their fines.