Gov. Okowa must pick Augoye as his successor: Primate Ayodele 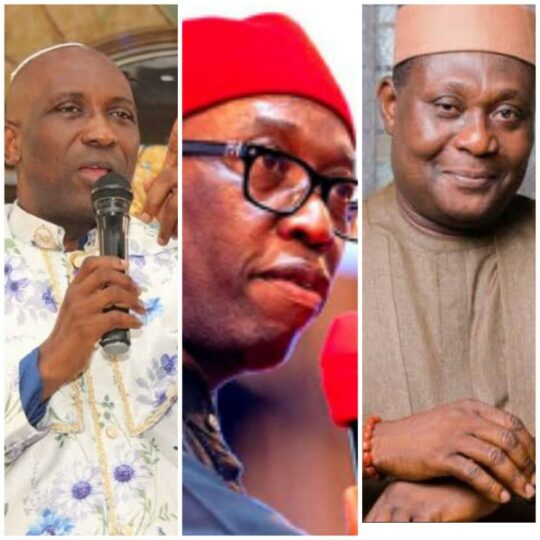 Gov. Okowa must pick Augoye as his successor: Primate Ayodele

Primate Elijah Ayodele has said Governor Ifeanyi Okowa of Delta state will face challenges if he doesn’t pick James Augoye as his successor.

Ayodele stated this via a statement signed by his media aide, Osho Oluwatosin.

The cleric noted that James Augoye is the only person that can give Okowa the rest of mind he desires.

He advised James Ibori and Governor Okowa to work together to pick a reliable candidate.

“In Delta State, Governor Okowa and James Ibori should join together to pick a reliable candidate, Okowa will face challenges that he will suffer from if he doesn’t pick James Augoye, he is the best candidate that can deliver and give him the rest of mind, that’s what I am seeing. If Okowa doesn’t do the right thing, there won’t be peace in the state, the best candidate is James Augoye. The government needs to do the right thing so he won’t be disappointed when he gives it to the wrong person ‘’

For Enugu state, Primate Ayodele revealed that only Ike Ekweremadu can make things work in the state and not betray the present governor.

The cleric stated that although there are other candidates, Ekweremadu is the best.

He then advised that no candidate should be underrated.

‘’ In Enugu state, it’s only Ike Ekweremadu that can make it work. He will do better and will not betray the governor. The governor should consult God more than humans. Though there are other candidates the best who can make it work is Ekweremadu. If he fails to listen, he will choose an enemy who will be after his downfall. Meanwhile, no candidate should be underrated but PDP will still retain the state. The governor will not like it but the best candidate that can sustain his work is Ekweremadu.’’