Oluwo steps out with Queen Firdauz for the first time [Photos] 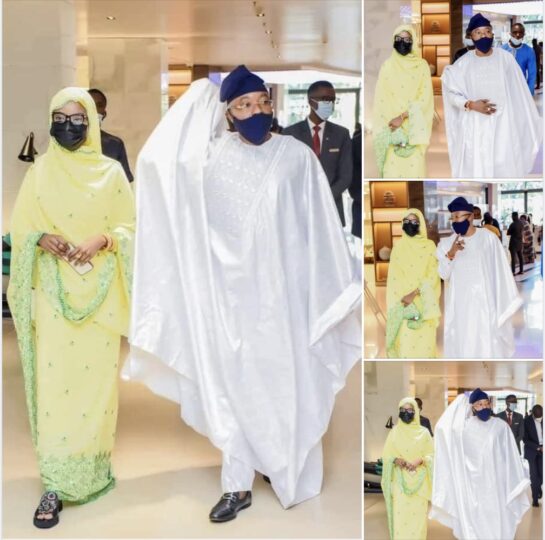 Oba AbdulRasheed Akanni, the Oluwo of Iwo in Osun state has made the first public outing with his new Queen, Kano Princess Firdauz Abdullahi.

Photographs of the king with Queen Firdauz were shared by the King himself on his Facebook page.

He did not say which event they attended together.

The Oluwo and his queen got married in Kano in March.

The event held at the residence of Madakin Kano in the Yola Quarters of Kano, with representatives of Vice President Yemi Osinbajo and that of the Emir of Kano among dignitaries who attended.

The 27-year-old queen has a diploma in Catering.