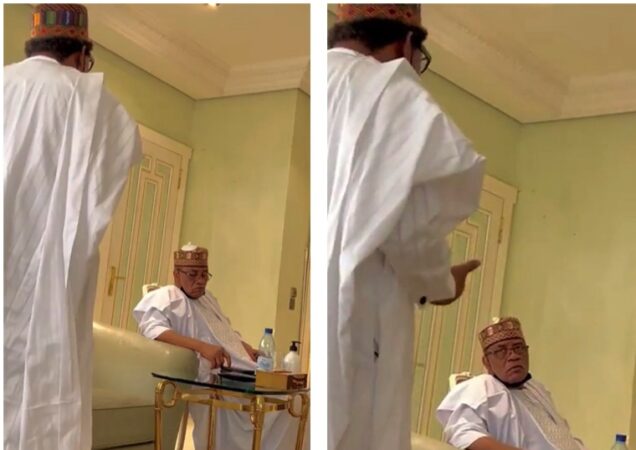 Adamu Garba with Babangida in Minna

The military ruler who does not suffer fools gladly is captured in the 90 seconds video suffering in silence as Garba reels out his presidential plans.

Babangida betrayed no non-verbal reaction or cues that he was actually listening to Garba and when he did turn his face to Garba, it was if he was saying: ‘are you still talking, you fool?

Twitter has been using the video posted by Garba himself 14 April, to mock him.

To be sure, Garba is not a friend of the vocal many on the platform, following his role during the #EndSARS protest of October 2020.

When the app was thrown out of Apple Store temporarily, it was an opportunity for his traducers to mock him.

On Sunday, Adamu Garba’s traducers were back at their game.

“AG – a man with least talent and least knowledge, the one who often speaks the loudest and the most wants to become President? Isorite.

Adamu garba: I want to be presidential of Nigeria

“I hope I have convinced you and not confused you? Babangida looked confused and lost in this video”, wrote another Nigerian @maskilo64.