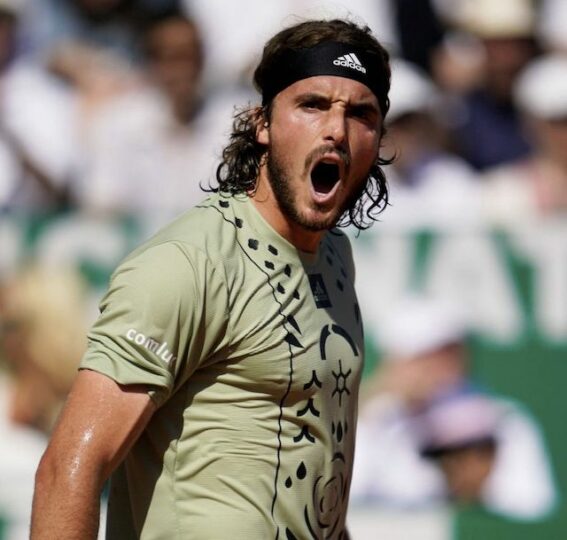 It was his second ATP Masters 1000 crown.

“I am very proud of myself,” Tsitsipas said in his on-court interview.

“Things weren’t going well at one point, but I managed to stay composed to finish the match off. I am really proud with the belief I put in my game.

“Sometimes you doubt yourself, but it is always important to keep your head high.”

The Greek, who was appearing in his fourth final at this level, struck his forehands with fierce topspin and accuracy and recovered from failing to serve out the match at 5-4 in the second set to capture his first trophy of the season.

“He fought in moments I didn’t expect him to fight,” Tsitsipas said.

“He can hit incredible winners out of nowhere and play unpredictably.

“But I was able to minimise that. I knew he would be a dangerous opponent but that is a great win for me.

“I think we will see great results from him in the future.”

With his one-hour, 34-minute victory, Tsitsipas has become the sixth player to win back-to-back Monte Carlo titles in the Open Era.

In a standout week, the third seed produced consistent and aggressive tennis to capture his first title since he triumphed in Lyon last May.

He survived a major scare in the quarter-finals against Diego Schwartzman, rallying from 0-4 in the third set to advance.

The 23-year-old, who defeated Andrey Rublev in the championship match in Monte Carlo last season, will climb to No. 2 in the ATP Race To Turin on Monday.

The Greek has now won eight tour-level trophies, with four coming on clay.