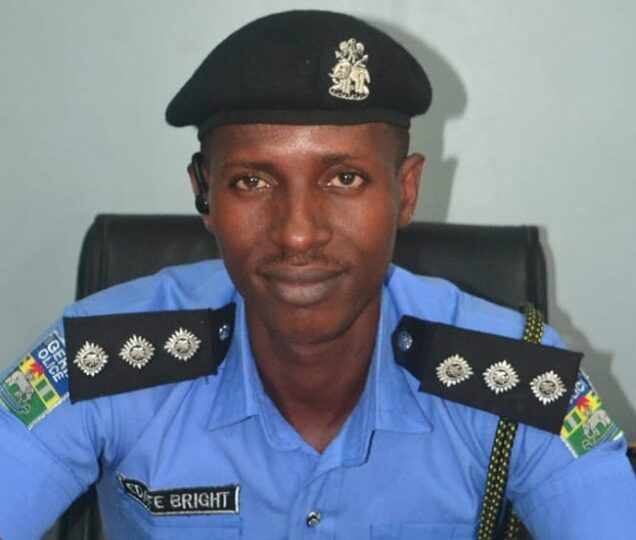 The Police Command in Delta has arrested four persons suspected to be cultists and armed robbers as well as some ammunition allegedly in their possession.

The spokesman of the state Command, DSP Bright Edafe, said this to newsmen on Tuesday in Warri.

Edafe said that the suspects were arrested on Sunday by the operatives of the state anti-cult unit of the command at Issele Azagba Community in Aniocha South Local Government Area of the state.

According to him, the suspects are Ogbuokwu Trust, Augustine Solomon, Edebatu Gideon and Kingsley Okolie.

“On April 17, information got to the command that a group of suspected cultists/armed robbers were hibernating at a hotel located in Issele Azagba.

“The location has been their meeting point before carrying out their operations.

“Intelligence further revealed that the syndicate monitored to know if the police were closing in on them.

“Whenever they suspect anything, they throw their guns from the windows of the hotel and run away.

“However, operatives of the state anti-cult unit in a carefully planned operation raided the said hideout and arrested the four suspects,” he said.

The Command’s spokesman said that investigation into the matter was ongoing.

In another development, Edafe said that the command had arrested a man suspected to be a car snatcher on the Kwale/Ogwashi-Uku expressway by Olloh-Ogwashi Community.

He said that the suspect, identified as Mkohol Iligh, was arrested on Monday by the anti-crime patrol of Ogwashi-Uku Police Station while on routine stop and search duty.

“On April 17, the command received a distress call from a caller that his Toyota Camry with registration number: EFR 939 TK, was snatched at about 20.00 hours of the same date in Otu-Jeremi Community of Ughelli South LGA.

“The information was quickly disseminated through the command’s control room to all DPOs and patrol teams to be on the lookout.

“Consequently, on April 18, at 06.35hrs, the anti-crime patrol of Ogwashi-Uku Police Station, while on routine stop and search duty on the Kwale/Ogwashi-Uku expressway by Olloh-Ogwashi community intercepted the Toyota Camry,” he said.

Edafe said that the suspect, who happened to be the driver and only occupant in the car, on sighting the police abandoned the vehicle and took to his heels.

According to the police spokesman, the police team went after the suspect, caught up and arrested him.

Edafe quoted the suspect to have said that the car was given to him by one ‘CY’ who resides in Warri to deliver it to another person in Asaba.

He said that the command was investigating the matter with a view to arresting all the suspects involved.