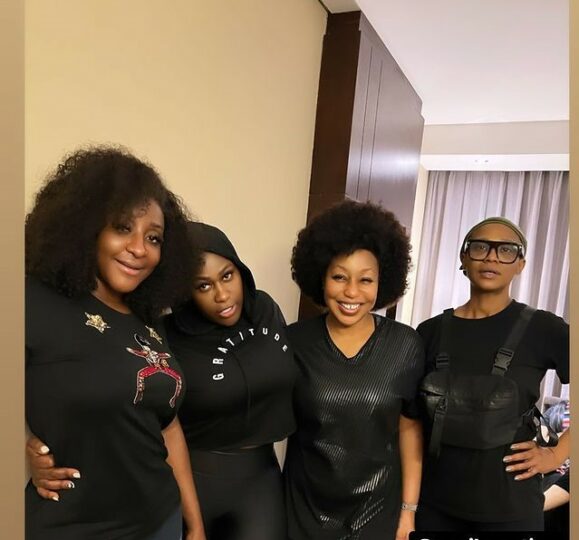 Nollywood stars have moved to Imo state to celebrate with Rita Dominic and Fidelis Anosike who will be having their traditional wedding today.

Celebrities which include Joke Silva, Uche Jombo, Kate Henshaw, and Ini Edo have all arrived at the bride’s hometown.

Rita Dominic arrived in her hometown on Saturday in preparation for the two-day wedding ceremony billed for April 18 and 19.

In one of the videos posted by Uche Jumbo, Rita Dominic look happy and ready to begin a new journey.

Rita was captured dancing as she played with her colleagues.

The news of her forthcoming wedding has stoked up celebration among her fans that have waited for her for years to pick a man.

Once speaking during a television interview in November 2018 on her experience regarding relationships and how society perceives a woman’s success as incomplete without marriage, Rita insisted she would not marry because society wants her to, but because she wants to.

“At the end of the day, if I’m going to do it, I’m doing it for myself not because society wants me to do it. And I always will still say; I will marry the man of my dreams and not the man society dreams for me”, Rita said. “Society feels there’s something wrong with you if you’re at a certain age and you’re not married. What if it’s the society that something is wrong with for thinking that way; for forcing someone to do what they don’t want to do or forcing them to do what they want to do but in their society’s own time and not at the person’s time?”