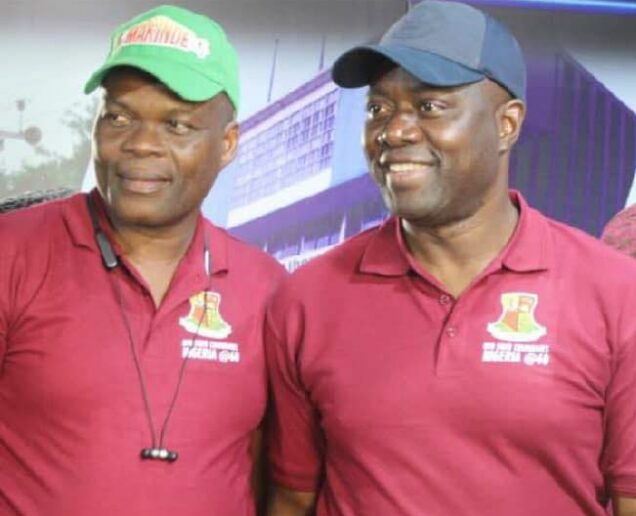 Three Commissioners and other appointees from the African Democratic Congress (ADC) serving in the cabinet of Gov. Seyi Makinde of Oyo State have defected to the ruling Peoples Democratic Party (PDP).

Dr Wasiu Olatunbosun, Commissioner for Information, Culture and Tourism, who led other appointees of ADC extraction, announced the defection at a news conference in Ibadan on Tuesday.

He was joined by the Commissioner for Agriculture, Adebiyi Adebisi and Gbenga Oyekola, Special Adviser on Budget and Planning, to address the news conference.

Commissioner for Energy, Mr Seun Ashamu, the third ADC commissioner in Makinde’s cabinet, was, however, not at the news conference.

Olatunbosun said the decision to defect to the PDP was taken after consultations with ADC leaders in Oyo State.

He noted that Makinde had fulfilled his promises to the ADC and members appointed into his cabinet were of the conviction to support the governor to win a second term.

He explained that the defection would not affect ADC’s structures from the wards to the state levels in Oyo State in anyway.

The commissioner told newsmen that ADC’s decision would be made known soon at the public declaration of the defection.

NAN reports that all ADC appointees in Makinde’s administration across the 33 local government areas of the state attended the news conference.