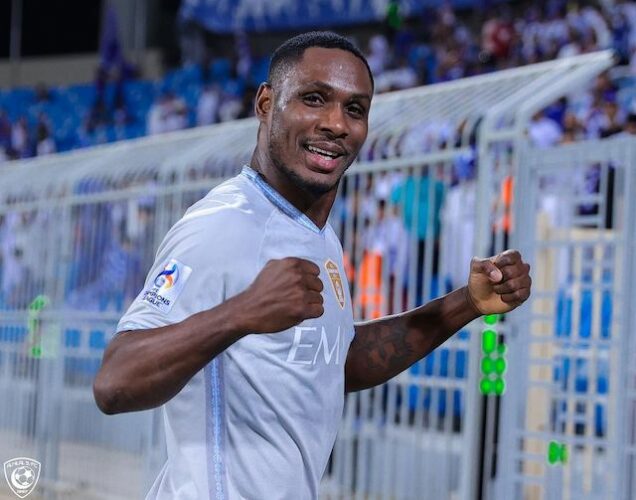 Defending champions Al Hilal booked their place in the knockout rounds of the Asian Champions League on Tuesday as a 3-0 win over Tajikistan’s Istiklol in Riyadh kept their perfect record intact.

Former Manchester United striker Odion Ighalo struck twice in the first half before Salem Al Dawsari added a third in injury time at the end of the game to give Ramon Diaz’s side a fourth win in a row in Group A.

The result means Al Hilal move onto 12 points and are certain to claim at minimum one of the three best runners-up slots in the last 16 of the competition.

Winners of each of the five groups in west Asia plus the three second-place finishers with the best records advance to the next round, which will be played in February next year.

Ighalo’s eighth minute header put Al Hilal in front and the Nigerian doubled the lead 12 minutes before the break with a strike on the turn. Al Dawsari tapped in from close range to put the seal on the win.

Qatar’s Al Rayyan moved into sole possession of second place in Group A with a 3-1 win over Sharjah of the United Arab Emirates, with Steven Nzonzi and Yacine Brahimi scoring to give Nicolas Cordova’s side victory.

Al Rayyan have seven points, three more than Sharjah while Istiklol, who have yet to claim a point, have been eliminated.